Answer: How long is it? 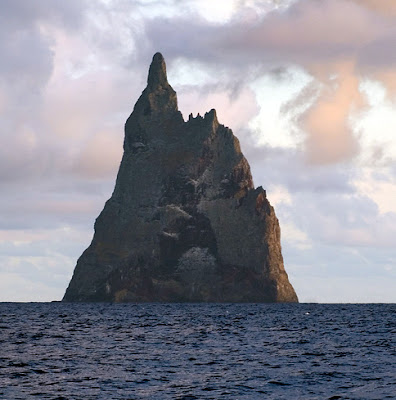 Image of Ball's Pyramid from Wikimedia.


1.  What was the name of the ship that nearly caused the extinction of this amazing insect?  (For extra credit, why would a ship running aground have such a dire consequence?)


2.  How long is the body of the insect when it first hatches from the egg?  (This is also totally surprising.)

Most people found part 1 to be pretty straightforward.  A query like [large insect island] quickly leads to the NPR story by Robert Krulwich about the Lord Howe's Walking Stick  that ran just a few weeks ago... unfortunately for me as that article (which is a great story!) made this search a bit TOO simple.


From the Krulwich report that you can read the story of how the S. S. Makambo ran aground Lord Howe's island in 1918.  If you do a few searches to second source his story, you can find lots of supporting evidence.  (It's not that I don't trust Robert Krulwich, it's just that I check almost everything.)  Rats from the ship went ashore on Lord Howe's island and wiped out the insects pretty quickly.  A sadly common story throughout much of the South Pacific islands--invading species destroys endemic animals and plants.

The second question, though, is a bit more difficult.

Several readers did a smart thing and used the scientific name of the insect to search for more biological information.  This is a good strategy to remember: When you're searching for detailed scientific data, you usually want to use the binomial version of the name (that is, the pattern is Genus species, the scientific Latinate version of the animal's name).  In this case, it's Dryococelus australis, the Lord Howe's Walking Stick.

So a quick search for [Dryococelus australis nymph size] (or [... hatchling size]) quickly leads you to the remarkable (and very unexpected) Husbandry Manual for the Lord Howe Island Stick Insect issued by Australasian Society for Zookeeping.  Yes, there are a group of people who have collected all known information about how to raise and keep these insects happily in captivity.

In that text, the following sentence appears (this has got to be one of my favorite sentences in all the scientific literature):  "LHISI nymphs measure approximately 20mm on hatching, varying between 16-22mm. They emerge from the egg usually underground, and burrow to the surface to climb the nearest large object. If kept in Chinese takeaway containers they will always be found clinging to the underside of the lid."

And that would seem to be that.

Except that I (like many of you) also watched the video of the LHISI emerging from its egg case.  And when the operculum on the egg popped open, an amazing large insect emerged.  (Thanks to Rohan Cleave at the Melbourne Zoo for posting that video.)

I also looked around  http://www.flickr.com/photos/hornets_inverts/6375766233/in/photostream/ and since there's a hand in the photo, I can estimate size across the opening hatch at 0.15 inches.  (I later found that the Husbandry Manual tells us that the operculum is 3.6mm wide, which is pretty much the same thing.) 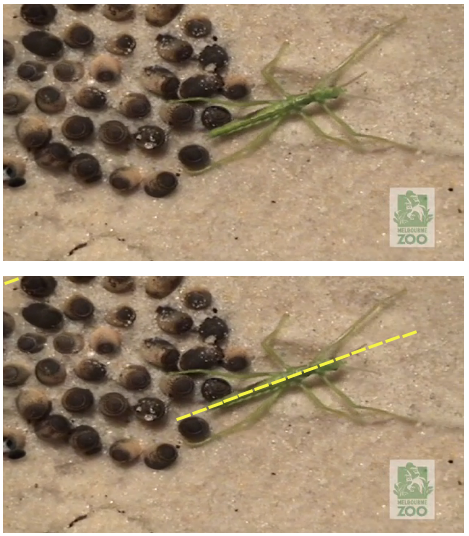 
The average time to solve this challenge was 13.0 minutes; the median time was 10.0 minutes. 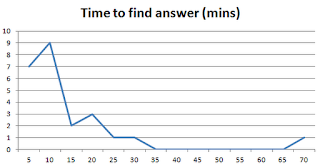