This week's Challenges are all about finding information from an unusual perspective.

One of the biggest problems people have when searching for information is that they get locked into thinking about their search in one particular way.  By asking these questions, I'm trying to make the deeper point that sometimes you have to have a different point-of-view.

Let's look at the Challenges:


It's an interesting point-of-view problem.  Literally.

Google Earth won't give you this;  neither Streetview nor satellite view in Google Maps will do.  What else can you do?

When I thought about this, I immediately thought about Google Images.  "Surely someone has taken a recent picture of these letters... and almost certainly from the backside as well."

This is a bit of knowing that there's a sub-culture of people who love to take pictures of things they're forbidden from visiting.  (Witness all of the picture of people you love urban exploring.)

My query was simple:

And here's what I got: 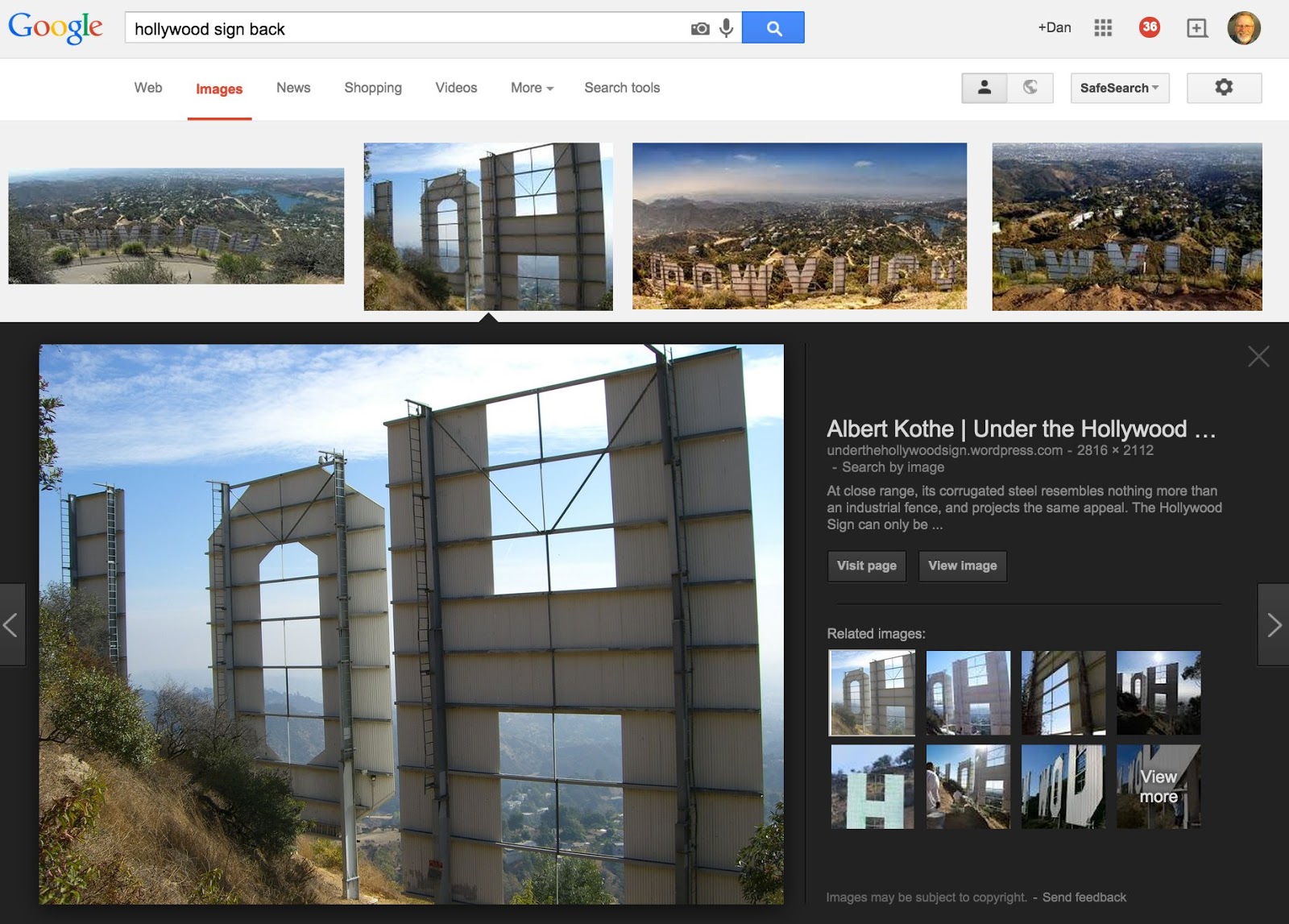 From this vantage point you can see that there's a support structure (which you'd expect) and a set of ladders to climb up each letter (which I did NOT expect).  I assume they're for maintenance, but the point here is that everything has multiple points-of-view.  It's not hard to search for them, but you have to keep your mind curious and remember this. 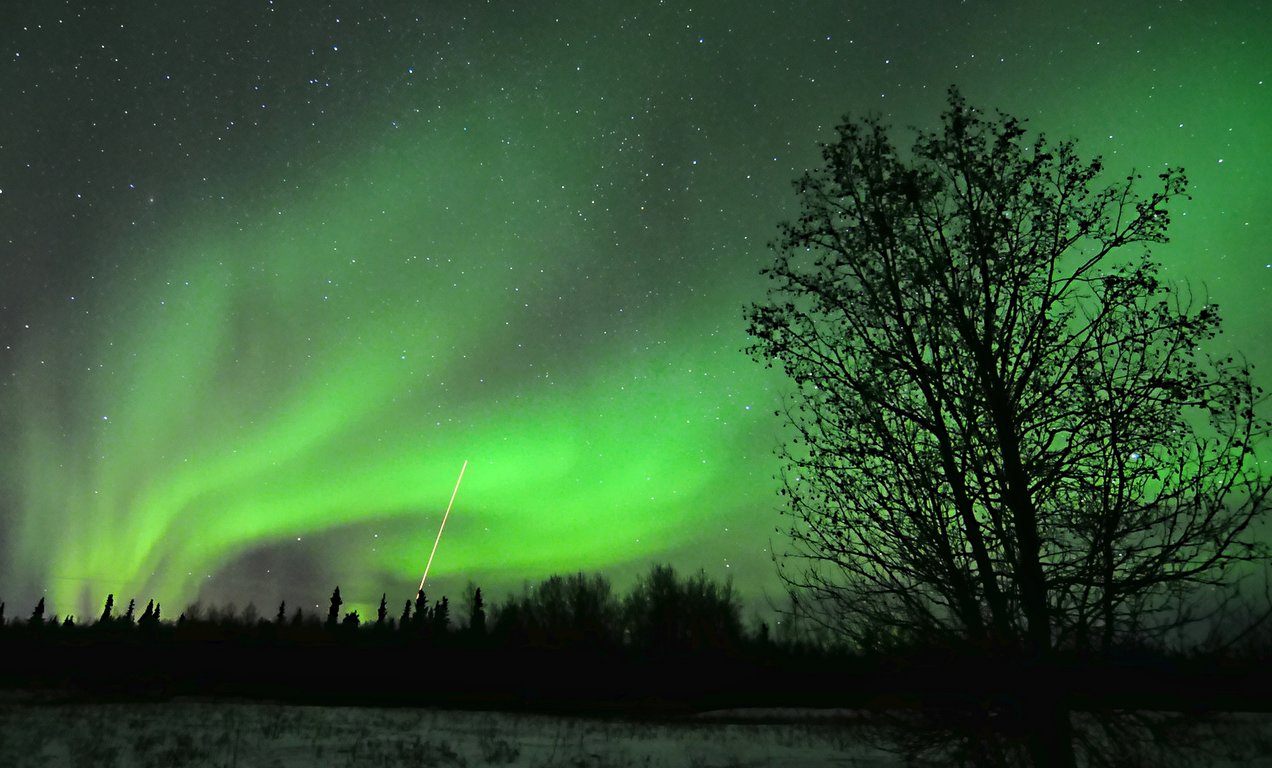 2.  The aurora borealis  (or aurora australis) is one of the most amazing sights on the planet.  When you look at it, you see vast sheets of colored, translucent drapes moving across the sky.  In appearance, it's just colored lights--but when seen from above, what shape are the Northern (or Southern) Lights?  Can you find a picture that shows the overall, planet-wide shape of the aurora?

We've all see these pictures of the aurora--they're gorgeous (and I hope to see them in person one day).  They're generated when the charged particles from the sun strike atoms in Earth's atmosphere, causing electrons in the atoms to move to a higher-energy state. When the electrons drop back to a lower energy state, they create the glowing curtains of light we see as auroras.

But to figure out the pattern of the aurora on a planetary-scale, we have to find an image that's taken from WAY out in space.

Here, my query on Google Images was:

but I ended up accidentally finding lots of science fiction images (who knew that "Deep Space" is the name of a science fiction television show AND a 1988 horror/science-fiction movie?).

So I modified my query to pull up only reliable images:

this is our old friend site: being used to limit my results only to NASA.gov images. Even so, I had to look through a few images before finding this (click on the image to follow it back to NASA's web page): But notice that this isn't QUITE a picture of the aurora as it appears on Earth.  If you read the web page carefully, you'll find that this is a picture of the aurora in a composite image:  It wouldn't look like this from space without special filters, etc.  As the web page says:  "The IMAGE satellite captured this view of the aurora australis (southern lights) on September 11, 2005, four days after a record-setting solar flare sent plasma—an ionized gas of protons and electrons—flying towards the Earth. The ring of light that the solar storm generated over Antarctica glows green in the ultraviolet part of the spectrum, shown in this image. The IMAGE observations of the aurora are overlaid onto NASA’s satellite-based Blue Marble image. From the Earth’s surface, the ring would appear as a curtain of light shimmering across the night sky." 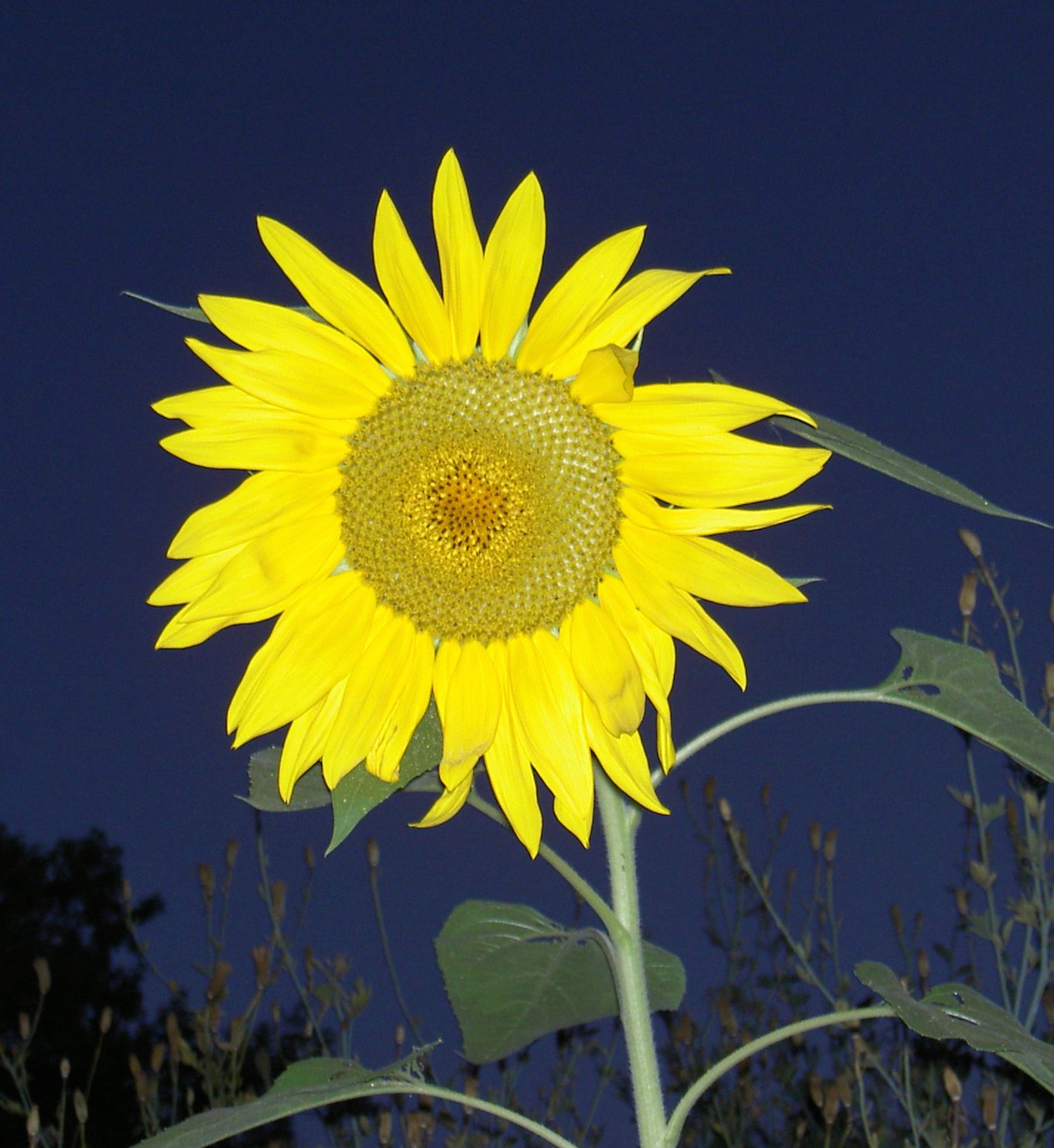 
This was a slightly trickier question.  Since I already knew the word for "sun following" (it's heliotropic) I used that to find a video of a sunflower in motion with the query:

It's not hard to find them.  (But be careful--there are at least a couple of animations of sunflowers that look good, but are completely synthetic!  Careful what you accept as evidence.)

As I looked through the videos, I learned from the Indiana Dept. of Biology website that many people are under the misconception that the flower heads of the sunflower (Helianthus annuus) track the sun. When you see a field of cultivated sunflowers, the flower heads face in more-or-less the same direction. However, if you check out a field of sunflowers in the afternoon, it will be apparent that the flower heads are mostly facing east, where the sun rises each morning.  And if you look at them in the morning, they're still pointing east.

Immature flower buds of the sunflower do exhibit solar tracking and on sunny days the buds will track the sun across the sky from east to west and by dawn the buds will have returned to face eastward, like the leaves in the movie above.

So I modified my query to include:

and found this video of immature sunflowers sun-tracking during the day.

However, as the flower bud matures and blossoms, the stem stiffens and the flower becomes fixed facing the eastward direction. Flowers of the wild sunflowers seen on roadsides do not follow the sun and their flowering heads face many directions when mature. However, their leaves exhibit some solar tracking.

But that left me wondering:  What DOES a sunflower do during the day, if not tracking the sun?

brought me the following very satisfying (and beautiful) video of a sunflower making small, fascinating movements during the day, but notably NOT tracking the sun!

Unlike the sunflower flower, the flowers of some plant species track the sun across the sky from east to west. A good example of this is the alpine plant, the snow buttercup (Ranunculus adoneus).  Searching for a video for this lead me to this completely unexpected video of Arctic poppies following the sun during a full 24-day (when it never sets).

These weren't hard Challenges, but they're great examples of the deeper point that we searchers sometimes need to take a somewhat different point of view... and that it's often useful to think about what other points of view (from the back, from space, from a time-lapse) would be helpful in answering our Challenge questions.

Hope you enjoyed this one!