Just the other day, Google turned off the + operator.  There was a bit of a kerfuffle about it in a few blogs, and Danny Sullivan got bent out of shape about it, but relatively few people noticed that the behavior of the double-quote operator also changed at the same time.

Here's the deal:  LOTS of people believed incorrectly that the + operator was the opposite of the - operator.  You know what – does, it excludes the term from the search results.  That is, if you do a search like [apples –macintosh] the results will not contain the term macintosh in the results.  That makes sense.  (Some places use the NOT operator for this.  Same behavior.)

Unfortunately, many people believed that a search like [apples +macintosh] would require the term to be in the search results.  That's NOT what it did.  While the + term would usually be in the results, it was only there because you'd put it into the query!

So what did the + do?   Answer:  It turned off synonymization and spell-correction.  That is, with a query like [apples +macintosh] you wouldn't get that term macintosh being synonymized for a term like gala, gravenstein or jonathan.  (Those are other apple varieties, if you're wondering.)

NOW... we no longer have the + operator.  So what can you do if you want the same effect?

Answer:   Use double-quotes for single terms.  You'd write that query now as [apples "macintosh"], and it'll give you the same effect as what the plus used to do.

The double-quote mechanism is actually pretty interesting.  For instance, did you know you can do the following kinds of a query?

[ intitle:"abc" ]  finds “ABC” in title of a web document, no synonyms allowed

[ intitle:a intitle:b intitle:c ] finds the single letters A, B, C in any order in title

And you can use double/double-quotes to look for non-synonymized terms in a particular sequence.  A la,

and you can extend that to include

Search for these terms in ANY order in the title of a web page: 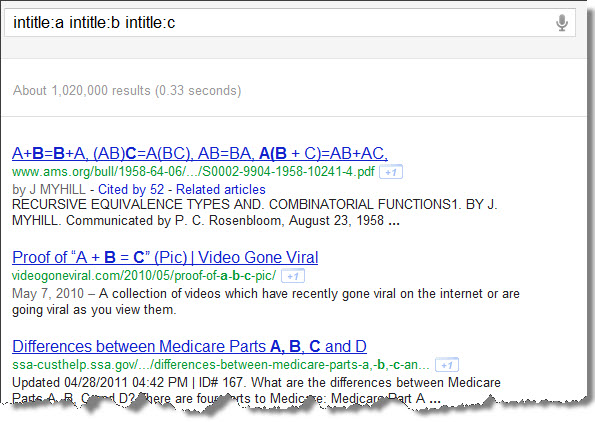 Search for these terms in THIS given order on the web page  (using double-double quotes): 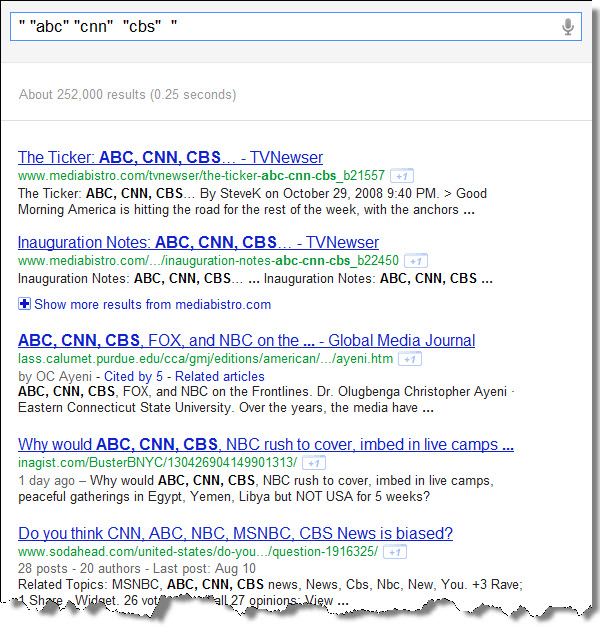 Contrast with this result, where the 3 terms can appear in any sequence... 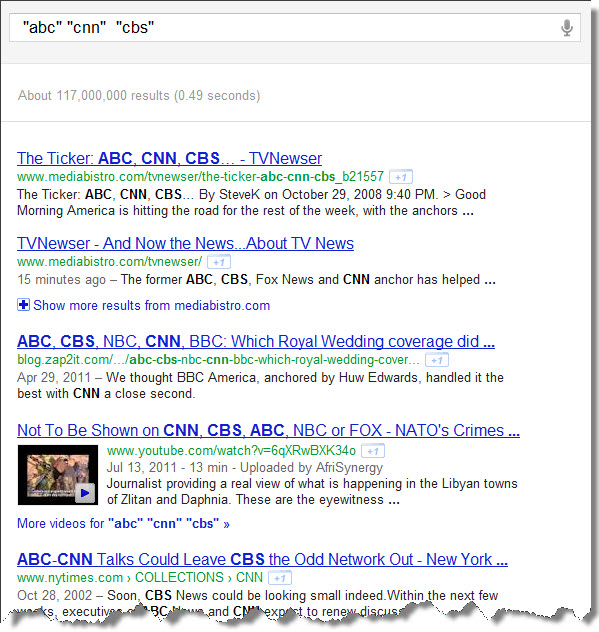 Does this help you understand the new power of double-quotes?  Yes, the + operator is gone, but what we now have makes a bit more sense.