Answer: Where was the sculptor born?

Apparently this question was a bit harder than most.  Of the people who sent in their times, the average was 16.9 minutes.  Excellent dedication on the part of the Search Challenge solvers!

The sport under discussion here is Chilean rodeo, which I found by searching for the two terms that I didn’t recognize at the start—huasa and collera.

From these terms you can quickly get to Wikipedia, which defines them as Spanish language terms used in Chilean rodeo.  I also did a search for [ Michelle Recart ] and found that she was the first woman to be a huasa in the sport of Chilean rodeo.  Interesting!  That's a good start.

Next part of the question:  Who are the champions?  [ Chilean rodeo champions ] gives me a nice set of results, but the second one:

Has a “jump to” link to “National champions of Chile” which turns out to be a list of the rodeo stars that have done well over time.  Reading a bit shows  that the two greatest champions were Ramón Cardemil and Juan Carlos Loaiza.  I did two quick searches, one for [Ramón Cardemil statue] and another for [ Juan Carlos Loaiza statue ]  (and just to be sure, I ALSO did these searches using “Translated foreign pages” (a tool on the left-hand side under “Show search tools"). 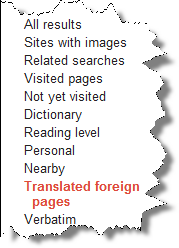 After reading a few pages, it was clear that Cardemil has a statue in Curicó, Chile, called "La Atajada”—now, who’s the sculptor?

Again, using “Translated foreign pages” as the search tool, and a query like [ la atajada sculptor ] it’s not hard to find that it was made by Graciela Albridi Cifuentes.

Once more, a search for [ Graciela Albridi Cifuentes born ] (again, using "Translated") leads to her personal web site saying  she was born in Syria to Chilean parents.

So, Chilean rodeo (which is the second most popular sport in Chile) has only two mega-winners since the sport began record-keeping in 49.  Ramón Cardemil Moraga and Juan Carlos Loaiza MacLeod both have 7 wins according to the English-language Wikipedia article on Chilean Rodeo winners.

And now we can figure out when the unveiling took place.  Moraga (aka Don Ramón) has a statue to him in Curicó, made by Graciela Albridi, August 19, 2006.  (As seen by the date on the photo on Albridi’s website.) See: http://www.gracielaalbridi.cl/obras.html Here’s the image linked from Albridi’s website showing the unveiling.  Looking at the date in the lower right corner, it’s Aug 19, 2006

In the comments, FCDukie points out:  "Apparently Ramon Cardemil does not actually have the most championships in the sport, that title goes to Juan Carlos Loaiza, with 8 championships to Ramon's 7."  And FCDukie is correct…  thanks for the correction!

Searching for [Juan Carlos Loaiza ] using “Translated” leads you to the Spanish language version of the Wikipedia entry for Loaiza, which documents his 8th win in 2012.

Note to self (and to all searchers interested in accuracy), always second-source your facts, especially when they're from another culture and language!  (The English language version of Wikipedia... or other sources... might be a year or more out of date!)

Search on!  (In translated foreign pages!)