Answer: The story behind these bodies of water? (Part 2)

And now, the exciting conclusion!


4.  There's a story about the lake below that predates its existence.  Before the lake was formed by building a dam, what was here?  And why would they build a lake on top of it? 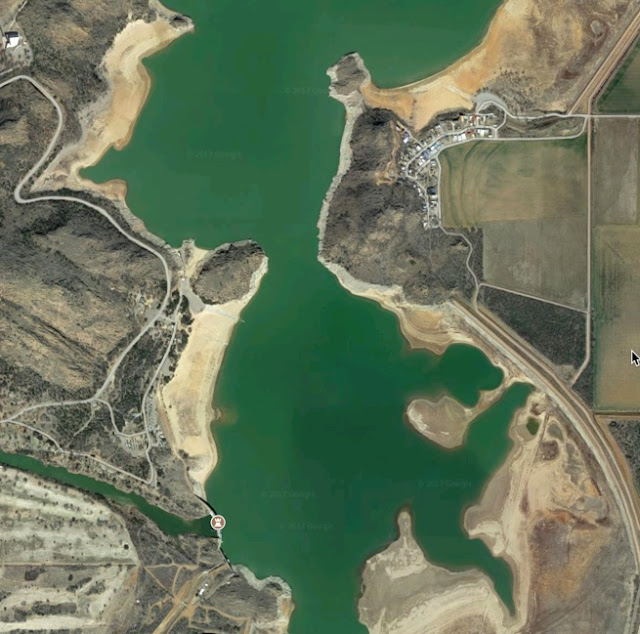 To solve this one, you need to first do a Search-By-Image (a search method we've covered before), and you'll find that this is the Altus reservoir (aka Lake Altus-Lugert near King Mountain, Oklahoma.  A quick search for:
[ underwater town lake Altus ]
tells us that under the water lies the former town of Lugert.  Founded in 1902, Lugert (named for German immigrant Frank Lugert) was destroyed by a tornado on April 27, 1912.  When the reservoir runs dry, you can can see the old foundations of the houses which used to stand in the area.
In 1926, the nearby city of Altus passed a bond measure to build a dam across the North Fork of the Red River as a source of city water, flooding the town of Lugert. The dam was completed in 1947. Not one to quit, Frank Lugert rebuilt his buildings and moved his General Store next to the lake and ran it until a few years before his death in 1958.
There are several interesting videos documenting the town of Lugert.  Here's one (with a lot of wind noise), but it's a fascinating walkthrough of the site:

This is a bit of an odd question:  What WOULD have been in the middle of the North Sea 10,000 years ago?  Luckily, more than a few people have written about this topic.  My query was:
[ North sea 10000 years ago ]
This query leads quickly to a bunch of articles about Doggerland, an area now beneath the southern North Sea that connected Great Britain to continental Europe during and after the last glacial period.
It was flooded by rising sea levels around 6,500–6,200 BCE. Geological surveys have suggested that it stretched from Britain's east coast to the Netherlands, western Germany, and Denmark. Most likely, it was an area with extensive habitation in the Mesolithic period. Rising sea levels gradually reduced it to low-lying islands before its final submergence, possibly following a tsunami caused by the Storegga Slides.
This area would have been a region of fairly flat lowlands, maybe with ponds, and certainly with people and wildlife.  To this day, fishing trawlers still pull up bits of human artifacts and pieces of wood from the forests that were drowned back then. 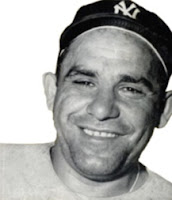 1. Zooming around a map can find all kinds of things.  In the first Challenge, just zooming out a bit and looking around let us figure out that the strange vertically aligned ponds were all cooling ponds at Turkey Point.  Don't underestimate the value of just looking around.  As Yankee's catcher Yogi Berra famously said, "You can observe a lot by watching."  (His book.)  But remember...

3. Validate, validate, validate!  As we learned in the Nutrex spirulina pond example, there can be multiple owners (and multiple reasons) for long, narrow ponds.  In this case, we had to look carefully at the map, then search for other sources of information about what each of the nearby companies did. In this example, finding a YouTube video that was a guided tour of the Nutrex facility gave us enough visual information to confirm that what we saw actually were Nutrex bacteria-growing ponds.

Tomorrow, I'll talk about the fish images a bit, and pose a new Challenge!