... that the Image search now has a set of colored rectangles just below the query area.  Here's an example with a simple query.  See those rectangles?  They're called "chips," and they modify the image query. 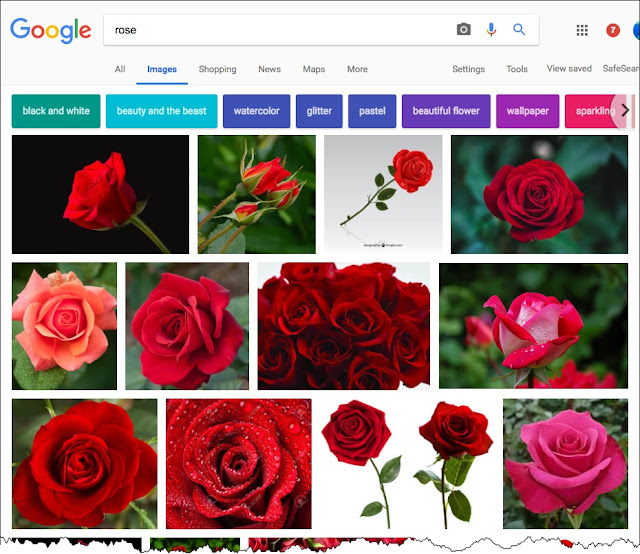 If, for instance, you click on the blue "watercolor" chip, you get nothing but images of roses that are done in watercolors.  Notice that the selected chip is moved to the far left of the chip-row, and made grayish.  This indicates that the [rose] query is being modified by the "watercolor" chip selector. 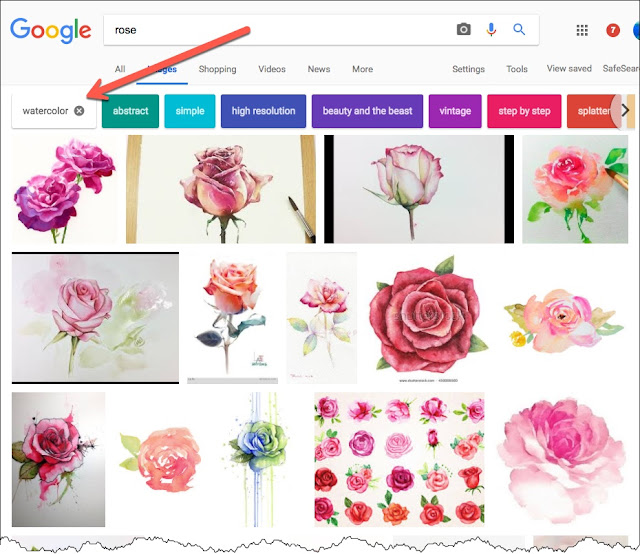 In a sense, the chips are suggestions for extending or modifying the original query.

NOTE:  The color of the chips has nothing to do with the color of the image or how the query will be modified.  The chip color is just to separate the queries, putting them into handy categories.  (e.g., "watercolor"  "glitter" and "pastel" are all conceptually related, so they all share the same background color--but they're not searches for blue roses)

Both Google and Bing offer the same user interface (see the Bing [rose] query below).  As you can see, the suggested chips are a little different between Bing and Google, but it's the same basic idea. 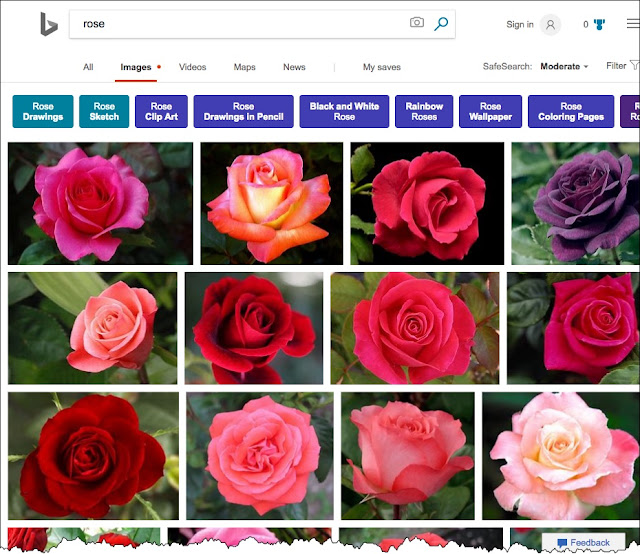 And, if you click one of the Bing chips, you see that they CHANGE the query to the text in the chip. 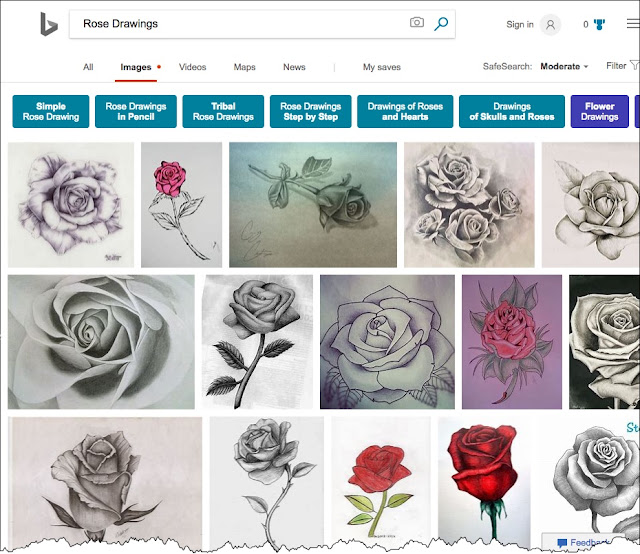 Google's chip also modifies the query.  As you can see, clicking on two chips gives you 99% the same results as adding those terms to the query itself.  See the two SERPs below shown side-by-side.  They're pretty similar: the one on the left is with the terms from the chips added into the query, while the SERP on the right has the two chips selected.

The chips are there to accelerate your exploration of the space of images.  You can click them on/off rapidly to see what's available near this query.  (This is incredibly handy when you're exploring some ideas for design purposes, or if you're not sure exactly what you're looking for and need to poke around a bit.)

Notice that the Bing image search also has an additional set of suggestions after the 4th row of images.  These are completely different queries (not just modifications of the original query), but sometimes also useful if you're not certain what you're looking for... 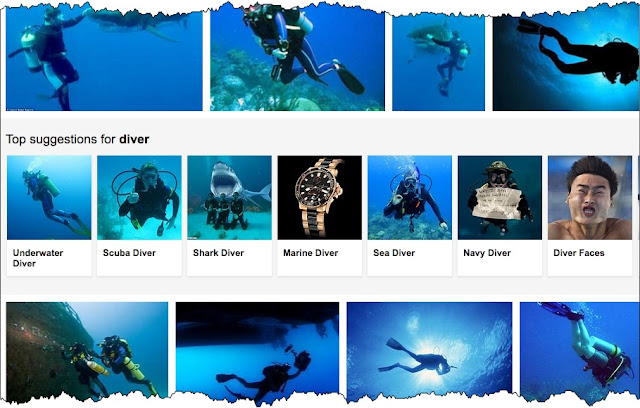 When you're actively exploring / searching for images, notice the chips--they can sometimes help you with fast and furious searching!

And... a more subtle point:  Notice that the chips user-interface idiom is becoming much more common.  You'll see chips in many places, a probably even more frequently in the future.  Here's an example from my Android, when I was searching for a cast iron skillet.  There are specific chips showing different brands of iron skillets--as with the image chips, these modify the query.  If I tap on the chip with the Le Creuset skillet, the query will become [Le Creuset cast iron skillet] 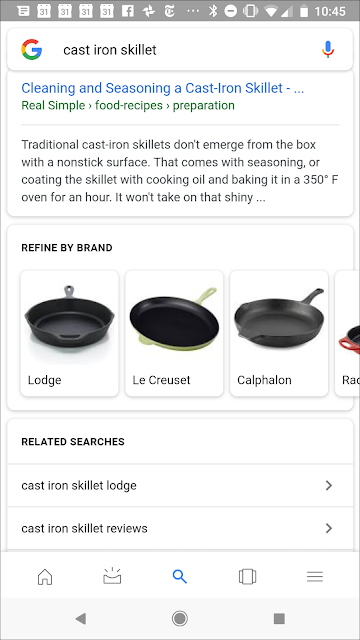