... and every so often he sends me a picture from somewhere in the world asking "So, smart guy, where is THIS photo taken?"

Here's one such photo he sent me recently: 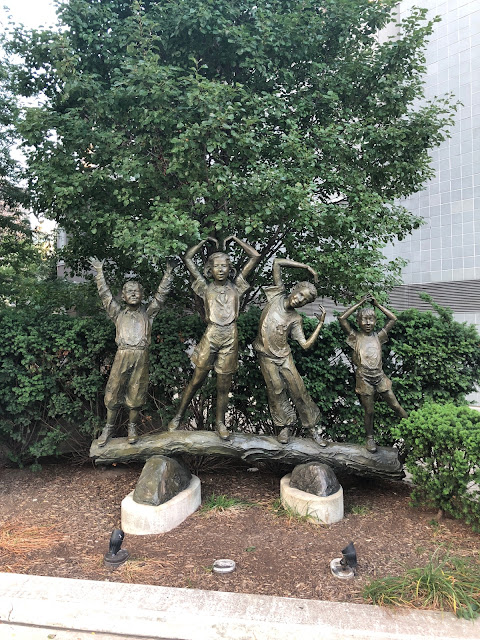 Nice pic.  Of course, I took up the Challenge and did my usual Search-By-Image search tricks.

But searching for this on Google didn't give me anything.

So I tried the Cropping-the-Image trick, cropping it to this close-up, and then re-doing the Search-By-Image. 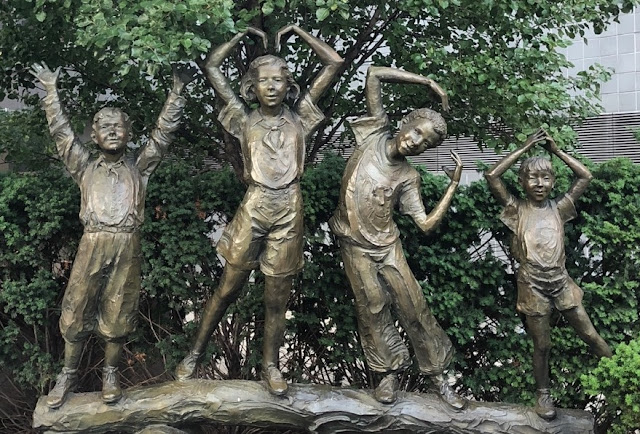 But that didn't work either.  I kept cropping it in different ways, but I didn't get very far.  It takes time to crop the image, save it, then re-load it into Image search.

So I tried this on Bing's image search tool.

Like Google's Image search, Bing also has the camera icon, which lets you upload an image to Search-By-Image.

When I uploaded this image, the UI looks like this:


And.. as you can see on the right-hand side, this didn't work either.

HOWEVER... if you roll your cursor into the image area, you'll see a "crop symbol" popup in the upper right corner.  (Pointed to by the yellow arrow I added to the screen grab.) 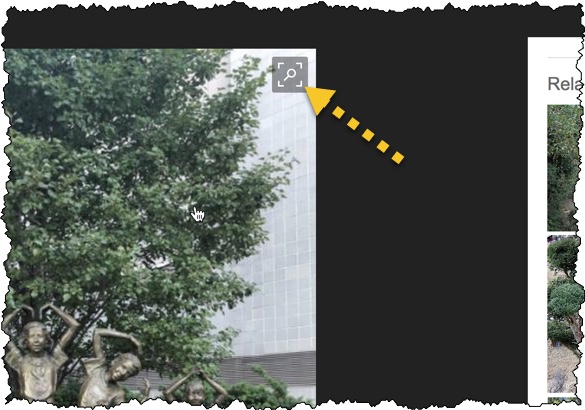 When you select the crop tool, the UI changes to let you do live cropping. 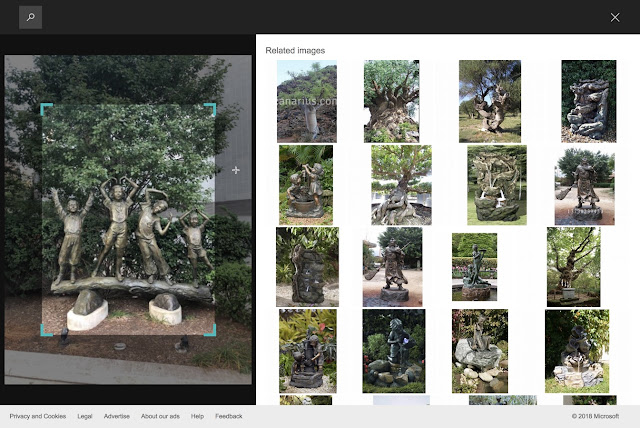 At this point, you can drag the corners of the sub-image box to create a cropped search of the image.

The really nice thing about this is that when you let go of the corner widget, Bing re-runs the query with the cropped area.  This means you can very quickly search through many cropped versions of the image!  (You can read Bing's announcement of this--they include a nice demo.)

With Bing's cropping tool, I played around with this for about 5 seconds before I found the right crop that located a near-match of the image!

Look at the image in the upper left of these results.... THAT's the image I was looking for... Now that I've got a matching image, it doesn't take long to look at that image and figure out that it's in Detroit, Michigan, just outside of the downtown YMCA. 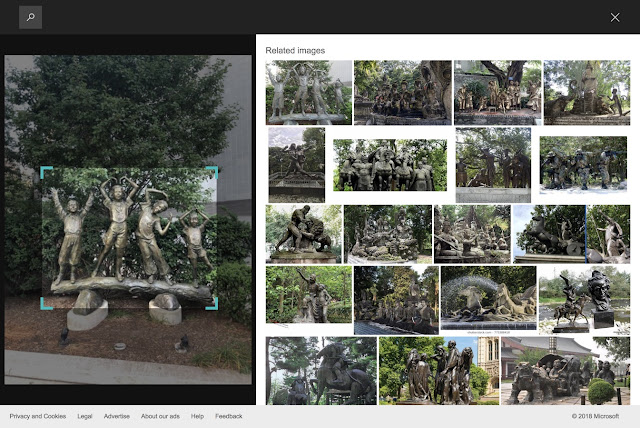 Here's a closeup--you can see it's clearly a picture of the same statue. 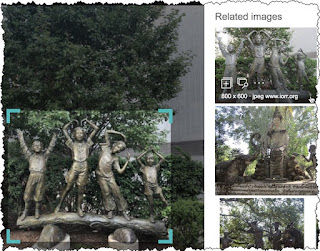 It's a great tool... Highly recommended when you need to explore the possibilities of cropped images in a short amount of time.