When I was young my family would go on long car trips...

I know, it's a quintessentially American thing to do, but that's what we did in the summers of my youth--travel from Los Angeles to my grandparents places in either Wisconsin or Oklahoma, visiting various and sundry aunts, uncles, and cousins along the way.

One of the most exotic and fun parts of the trip was driving through the area near Indio, CA.  It's about 100 miles due east of LA, smack in the middle of the desert, famous as a place that's between the Salton Sea and Palm Springs, pretty close to the city of Coachella.  It's flat, very warm and reminiscent of the deserts of the Middle East. 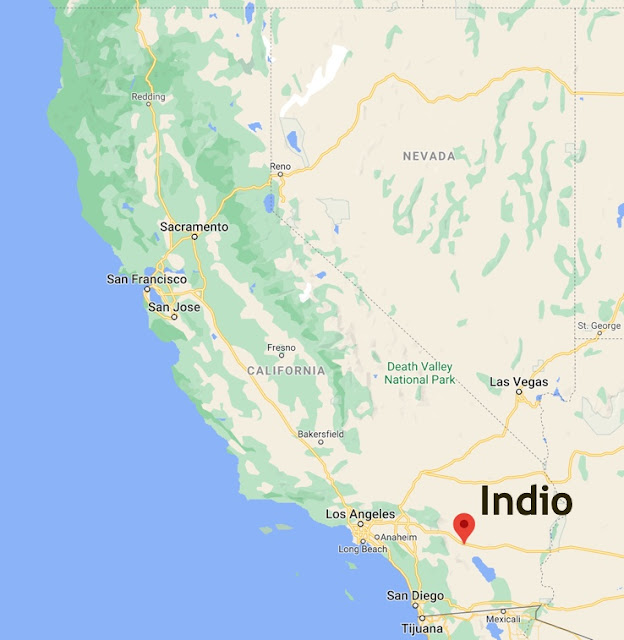 No surprise, then, that the area around Indio became famous for their groves of date palms in the Coachella Valley.

But for a young kid driving across California in those pre-Coachella Festival days, the big appeal of Indio was the date shakes.  They seemed SO exotic and tasted SO wonderful that it was a great attractor.  The kids would lobby hard to make sure we drove through Indio during business hours, even though it would probably be pretty hot.  That only made the date shakes even better.  Shields Date Gardens has great shakes, but also a documentary about the "romance and sex life of the date."  How could Mom & Dad NOT stop there? It's educational!  (Here's the YouTube version of that film, should you want to see it.)

I haven't been there in probably 20 years (I found a closer source of date shakes), so I was fairly surprised when I happened to look at the Coachella Valley on Google Maps.  It's a MUCH different place than I remember from the days when we drove through in search of date-based frozen confections.

That leads us to this week's Challenge:

For this Challenge, we don't need a complex dataset search, but something more direct.  That is, how would you look at the landuses of the acreage in the valley?  What's a good tool to get that kind of information--and then how can you start to look at it and understand what's happened?

Once you figure this out, let us all know what you did to understand the changes.  What sources do you go to?

(Inspirational image below... 26 years of change near Dublin, CA.) 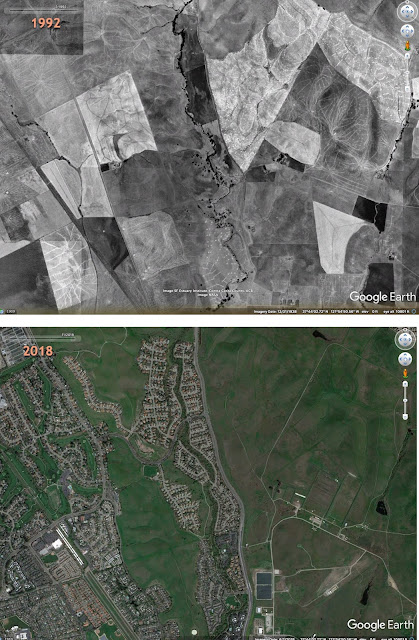