Hint 2: Can you find characters from Moby Dick in other places?

Let's think about this some more... 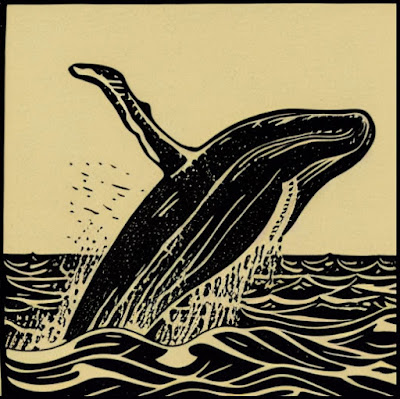 This is such a rich topic that I'm going to break my answer up into multiple posts.  Here's the first with the simplest way to use Wikidata.

1. Can you find a way to identify other major works of fiction (leaving out fan-fiction for the moment) in which the names of "Starbuck" and "Queequeg" appear (either independently or together)?

As I mentioned, there's in an entire Wikidata collection underneath Wikipedia.  Of course, the easiest way to get to the things we care about is by a direct query:

which gives 60 results in Wikidata that have different versions of the term "Starbuck."  (Note that I used the minus operator, -Starbucks, to get rid of all the hits with "Starbucks" in the results.) 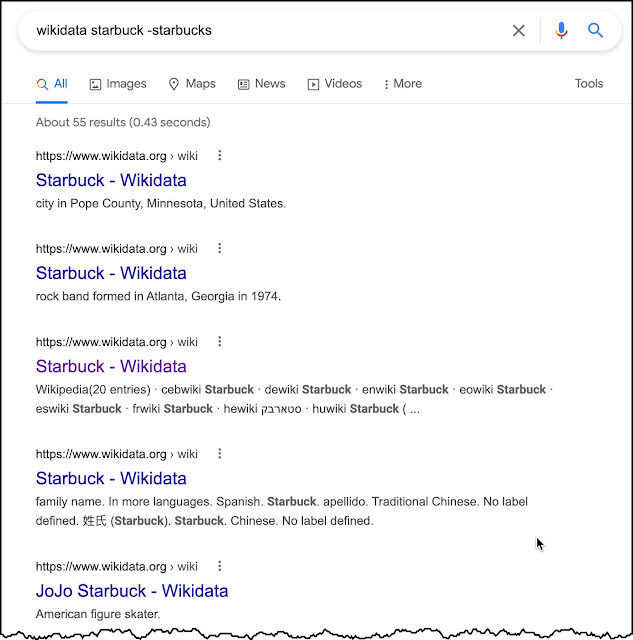 As you can see, there are a lot of results here for "Starbuck" as a place, a person's name, and so on.  But the most interesting result here is the one that says "Wikipedia(20 entries)." 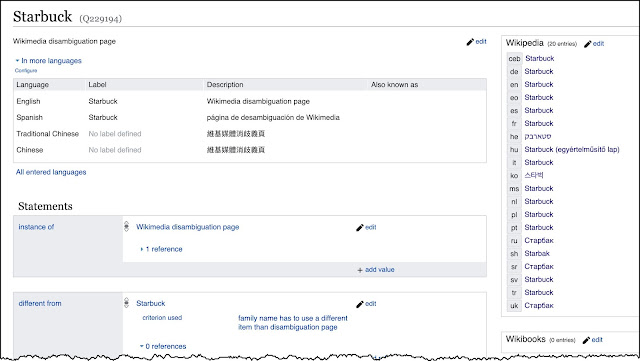 One really interesting thing to notice is that on the right hand side is a column with all of the Wikipedia articles about Starbuck in different languages. It's pretty easy to open them ALL up in new tabs, and then translate the languages you don't speak.  Here's what it looks like for Hebrew (which I do not speak/read). 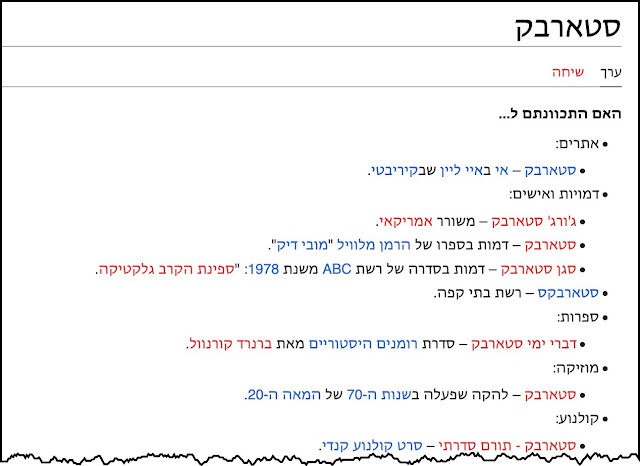 When I did this I learned about the Starbuck Chronicles by Bernard Cornwell.  How odd that it wasn't mentioned in the English version of the Wikipedia search OR the Wikidata for English. We'll come back to this question.
What else did I pick up from these Wikipedia pages in other languages?
English
Fictional characters
Film and television
But as I looked through other languages, I found even more!
French
Hebrew
Turkish
Obviously, I could do the same thing with the name Queequeg, but I'll leave that as an assignment for the reader.  Can you find all of the other languages that mention Queequeg and then open all of those pages to scan for additional mentions in other works?
It's still troubling to me that the search box in Wikipedia seems to have missed some of the articles that contain the term ("Starbuck").
Question for you to consider:  Is there another way to identify the Wiki pages that DO mention Starbuck, rather than relying on Wikipedia's own search function?
I'll write about that next time, and then finish up with a third post that summarizes everything into a grand finale!