As I travel through California...

I'm struck by how many palm trees were planted in the Victorian age.  Many Victorian houses seem to have very mature palm trees planted at the entryway or directly in front of the house.

When I go on my runs through the hills above LA or at home in the hills near San Francisco, it's not uncommon for me to find one (or commonly, a pair) of palm trees growing in what seems to be the middle of the forest.  It's always a bit of a shock to find a palm so obviously out of place.  But if you poke around a bit, you can almost always find a nearby foundation--the trace of a family that once lived in this place, house and home swallowed up by time, but the palms remain. 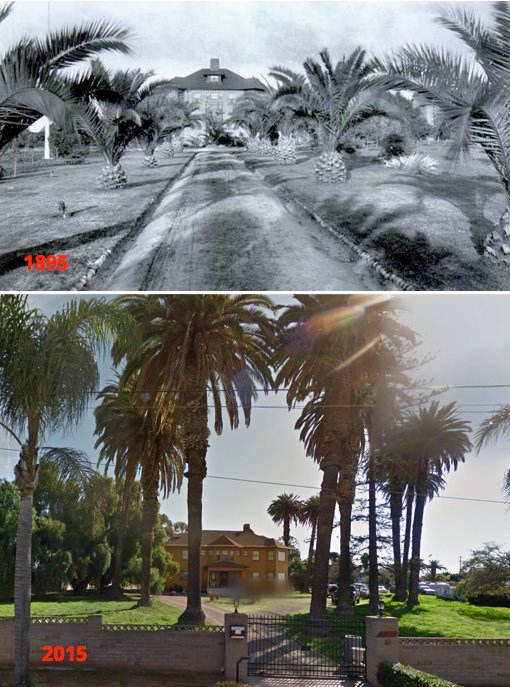 As you can see from this selection of images, palms were often planted, and then grew into very tall trees, sometimes towering WAAY over the buildings were they planted beside.  Here's what some of the plantings looked like originally: 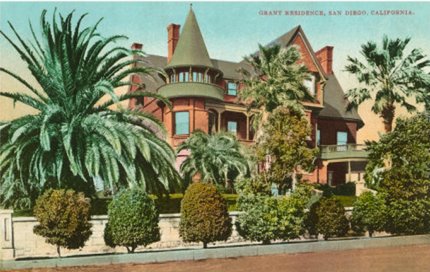 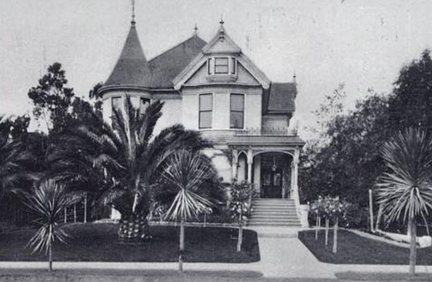 And then later, these small trees grew a bit more... 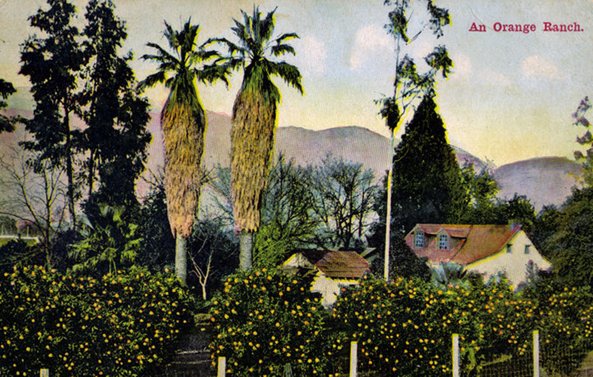 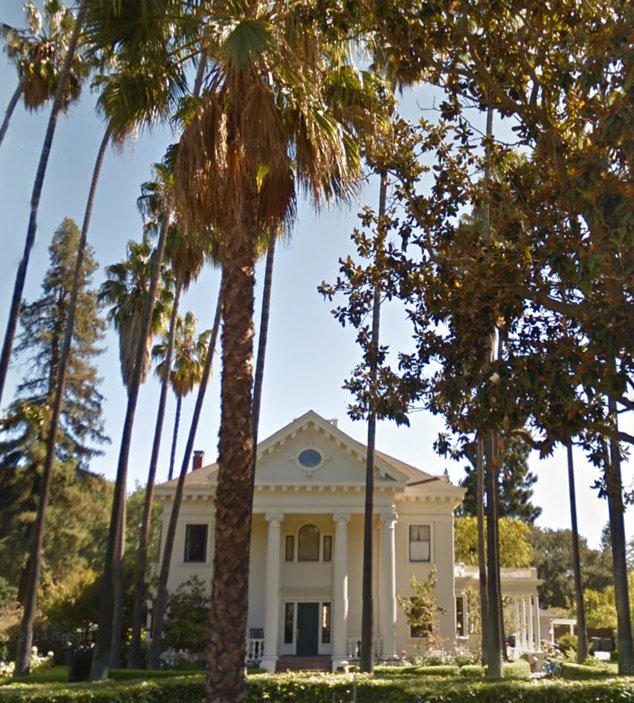 And then a bit more, becoming a giant fence of slender poles.

When walking by some Victorian homes with extravagantly tall palm trees, I began to wonder why they'd plant such trees.  I think they're beautiful (but then, I grew up in LA where every street has a palm or two), but they're also very odd.

This wonderment leads to today's question:


1.  What was it with the Victorians and palm trees?  Why were so many planted near their houses?  What was their thing about palms?

Obviously, this is an open-ended question that might not have a crisp answer.  But this is a nice example of a question that isn't easily amenable to a simple search.  You actually have to root around a little bit to understand what's going on here.  Why such an interest?  Was it symbolic?  Was it practical?  Was it an ostentatious display of wealth?

And did the Victorians do this everywhere?  Or just in California?

As we discussed yesterday, this also might be a problem that requires some thinking about the vocabulary.  How would you describe this Challenge to someone else?

Let us know how you solved the problem:  What worked?  What didn't work?  How did you discover that valuable resource that cracked the problem for you?