Answer: How many round rooms?

Finding the Cliff Palace in Colorado isn't hard.
[ Cliff Palace ]
will give you just about everything you need to know.


Then, all you have to do is figure out what structure is across the canyon to the west.  That sounds as though it should be a simple lookup of a map from the Park Service.
[ NPS Mesa Verde map ]


And if you look at the NPS map of Chapin Mesa (the Cliff Palace is located on Chapin Mesa), you'll see that the Sun Temple is just to the southwest of the Cliff Palace.  It's just across the canyon (easily perceivable as a canyon in Google Earth). 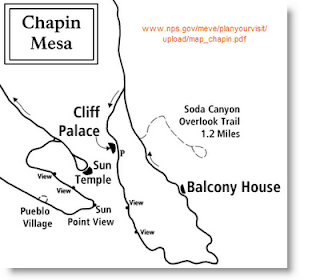 So why did I spend a week thinking about this?  The short answer is that I was trying to do something very clever, and got wrapped up trying to understand where the Cliff Palace really really is located.
My original version of the question was going to be "how many round rooms are there in the Cliff Palace?"  (That is, the Sun Temple wasn't the original target.)
So I went to the 3D Warehouse and downloaded a SketchUp model of the Cliff Palace.  And I found a really nice version of the cliff dwelling. 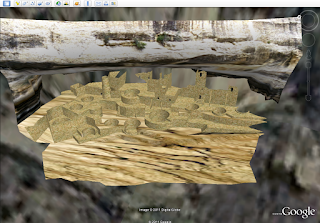 When you open the model in Google Earth, you see a wonderful rendering of the cliff dwelling tucked into the  canyon wall.


But then I noticed that it seems to be in not-quite-the-right-place.  If you zoom out a bit, you can see that the model and the cliff don't quite line up!  This filled with suspicion that the model wasn't really right, or at least that it wasn't in the right place. 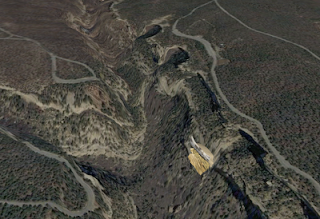 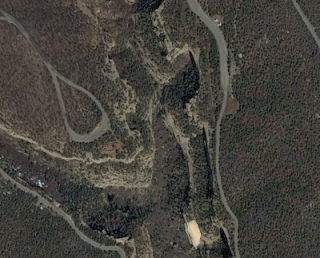 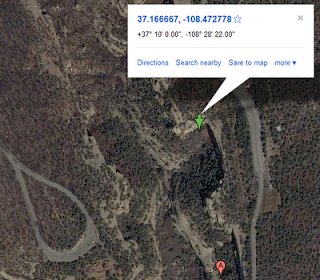 Ah ha!  My hunch was right... the Cliff Palace really IS northward of where the model is placed.  (I can't give the 3D designer too much grief. I went back to the original model description and found that he's based in the Netherlands just outside of Utrecht.)


But this makes a great point about research:  Be sure to second source everything and double check to make sure all the data you have is consistent.  And once I figured out that the Cliff Palace was in the wrong place, I started checking the images of the Cliff Palace I could find with what the model showed... and it's clear that the model is both in the wrong place and not-quite-finished.  Okay then--let's move on.


Once you know where the Cliff Palace is (see above), it's an easy jump across the canyon in either Google Earth or Google Maps to get a nice pretty high-res image of the Sun Temple. 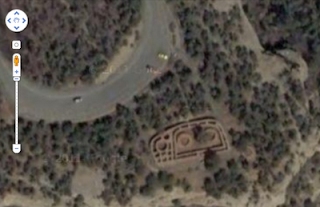 And with this, you can see it's 4 round rooms, with the entire complex done in the classic D-shape of the Anaszi buildings of the time, and probably constructed not as a living place but as a ceremonial structure (hence the name).  Lucky that there's no roof--makes counting the round rooms much simpler!