Why knowing search isn't the same as having an education

I don’t often get ideas from the comics page, but the Doonesbury strip of June 26, 2011 made me think about the fundamental goals of education and how people think about these things.   (Link to original image.) 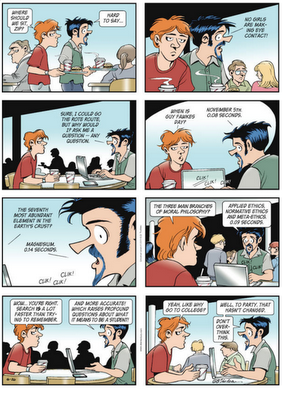