Answer: Who came up with this big idea? 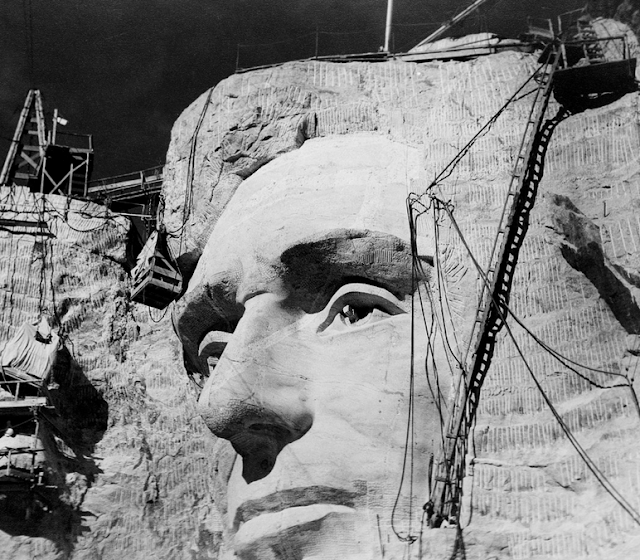 What started as a subtle error has turned into a teaching moment!

The error I made in the original question was to ask:

1.  His poetry tells us that life is just a little of the good and of the bad, but he dreamed big and is credited with the idea of creating a well-known national landmark.  What is his name?

But as several readers noticed—the quote was actually written by someone else, who did NOT create a nationally known landmark, but was merely associated with the person we’re really looking seeking by being quoted in an article by the person we seek.

I’m not sure if this kind of error has a given name or not (if you know of one—let me know!), but for our purposes, let’s call it the problem statement error (shorthand:  PSE).

PSEs happens all the time at library reference desks.  A patron will come up to the desk and ask a reasonable sounding question:  “Where can I find the novel ‘War & Peaches’?”  Good question, but you know they’re looking for ‘War & Peace.’  That’s a PSE.

Or that old canard, "How many pairs of animals did Moses take with him into the ark?"  Correct answer?  None.  Moses didn't go in the ark...

More seriously, someone will want to know when Hemingway wrote that article about a “crap detector” in Harper’s Magazine.  Again, a good question, but the article in question was never published in Harper’s—it was the Atlantic Magazine (August, 1965).

Again, that’s a PSE.  It's often a small mistake in the attribution that will send the searcher down the wrong path.

A PSE is a problem that has a twist in it, a little like a mystery, that you, the researcher, has to untwist in order to solve.

In OUR case, if you search for:

You can find it referred to in a few places.  Perhaps the simplest is in the USGenWeb archives site.  http://files.usgwarchives.net/sd/biography/coursey/robinson.txt

Leads you to the Wikipedia article about Doane Robinson, along with other articles, such as the PBS story about Robinson and several others.

You quickly learn that Robinson was the man who came up with the original idea for Mt. Rushmore.  He got the ball rolling on creating this giant set of statues in South Dakota.

1. The quoted poetry, “life is just a little of the good and of the bad” isn’t actually by Doane Robinson, but HE is the man who dreamed big and receives the credit for coming up with the idea of creating a monumental sculpture in South Dakota.  His name?  Doane Robinson.

2. Once you've figured out who had this big idea, the landmark we see today is not what he originally envisioned. What was his original plan for the national landmark?  A:  In 1923, Doane Robinson wanted the faces of George Armstrong Custer, Buffalo Bill Cody, Lewis and Clark, and Sioux warriors. His original idea was to carve them in a region called the Needles, but Gustav Borglum, the sculptor, decided they were too thin and difficult to carve.  They moved the project to Mount Rushmore.

…as several sharp-eyed readers pointed out, that fragment of a poem is ACTUALLY by someone else.

The front page contains a poem titled "Dipped from the Stream" authored by Frank W. Taylor Jr. The last lines of the poem are "That life is just a little/Of the good and of the bad.”

Regular reader PASSAGE complained, “Not Fair!”  And I understand… a little.

But this is the way real research works, and this kind of thing happens ALL the time at library reference desks.  It’s often the result of following along on strange pathways to get where you need to go.

A.  Use double quotes when searching for a sequence of common words.  (Example:  "life is just a little of the good and of the bad" -- all common words made interesting only by their sequence.)

B.  Read the surrounding context carefully!  I misread the appearance of the quotation as being written by Robinson.  Not so!  The article about Robinson merely quotes Taylor's original poem.

C.  Be ever suspicious about the problem that are given to you.  Often they are more subtle (and involved) than you might expect.  Beware the Problem Statement Error!!

(If you know a better phrase that "Problem Statement Error," let me know!)