A bit about Eckley...

While I was in Eckley taking pictures of the wreck of the Garden City ferry, I also wandered around a bit in the area that was the former village. 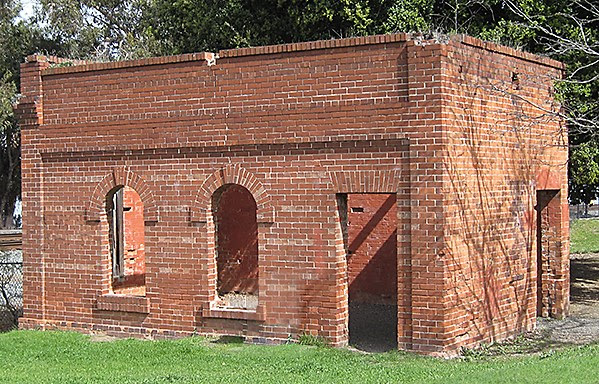 It's clear that this little area was once both an active brickmaking site (although only one "Eckley brick" structure remains near the pier), and a little village where people actually lived, worked, and played. 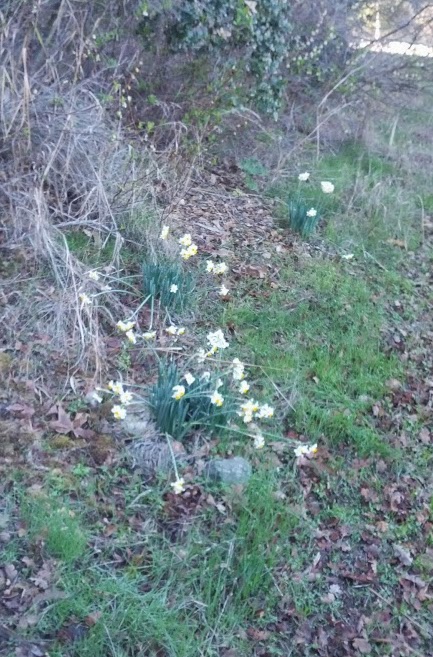 One of the things that struck me was the occurrence of flowers at the edge of the park.  These are jonquils (aka narcissus), and they're not native to this area.  They don't migrate easily, so this is the remnant of someone's flower garden.

In truth, this is what first caught my attention when I was wandering around at the Eckley pier.  These flowers are blooming early (in February!) and are very much out-of-place.

And that made me start wondering.  What was it like to grow up here?  What did this place look like when it was still an active place?

The best I could do was to find some aerial images from 1944.  This is 20 years after the first photo was taken.  One house clearly remains, although the place seems to be mostly parking lot.  That house is long gone, of course.  I was able to spot a few fragments of what seemed to be foundation, but it's history now. 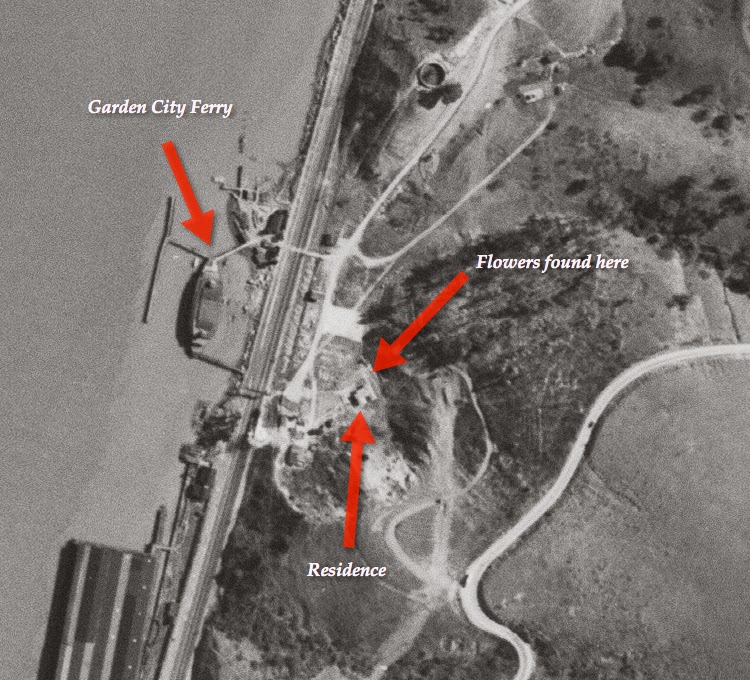 I'm still looking for pictures taken AT (or in) Eckley, the town itself.  It's not clear to me that there are any that are online, although I'm willing to bet that the Contra Costa Historical Society has some.  I'll try to stop by next time I'm up there.

While searching for a few things about Eckley, I ran across an article that referred to the village as "Eckley Station."  Using THIS as a quoted string with the state name given (to eliminate results from PA OR Pennsylvania:

In particular, the CNDC (California Newspaper Digital Collection) has several hits which are pretty interesting.

Post Costa, August 15th. — There was another close-call fire in the lower part of Port Costa between twelve and one o'clock last night. At Eckley Station, a tramp set fire to Henry Eckley's barn, which, with some hay, grain and tools was totally destroyed. The fire, unchecked, rapidly spread, burning over five acres of wild oat land. Some fifteen fine large buildings, and a large amount of grain and hay were saved only through the great exertions of the Eckleys and the neighbors. The total loss is $2,500. There was no insurance.


(Fifteen buildings lost, and the damage was $2,500?  Life was less expensive then.)

Just two years later, in 13 August, 1885, the Santa Cruz Sentinel reports that another fire destroyed a "hotel and a cottage" in Eckley Station.

Eckley Station lost 18 buildings in just one year.  (Both in August, when the area is very dry and fires are a constant hazard.)

While in the Daily Alta (Daily Alta California, Volume 81, Number 102, 10 October 1889) we learn in the Personal section of the paper (back then, newspapers would often report personal news, such as who was visiting whom... a kind of detail that we today would find an unacceptable level of disclosure!) that "John L. Eckley, a merchant of Eckley Station, is at the Grand."  Meaning, that John Eckley, who lives in Eckley Station, is currently staying at the Grand Hotel in San Francisco.  Similarly, just two years earlier (13 July 1887) we see a Personal entry that "John L. Eckley, wealthy rancher, resident at Eckley Station, is stopping at the Grand."

I find it interesting that someone visiting from across the Bay, described as a "wealthy rancher" or "a merchant" would be noteworthy.  But so it goes.  Perhaps because in news reports after this he is referred to as the "founder of Eckley Station."

A bit later in the SERP I find a reference to the San Francisco Directory of 1888, which lists ECKLEY J I, Spring Dale Water Co and Tug Hiawaiha, 281 East, res Eckley Station, Contra Costa Co.  (We've talked about the valuable role of city directories in the 1800's before when we discussed finding out about Art Thorpe.)

Continuing on this this vein (using "Eckley Station" as our key term) leads to all kinds of additional content.  Perhaps the most telling is from Google Books, which has back issues of the journal "Clay-Worker."  In issue 45 (1906), we learn that the "new Carquinez Brick and Tile company has leased a great tract of land" at Eckley Station, planning to build a new brick plant that can produce 100,000 bricks / day, and employ 75 men.

Search lesson #1:  When reading, take note of special formations of the words you seek.  Sometimes a particular word pair (such as "Eckley Station") can lead you to MUCH richer results.

Search lesson #2: There are multiple Eckleys in the world.  In this case, the city in Pennsylvania was intruding into our results.  By adding [ CA OR California ] (and later, I added [ -PA -Pennsylvania ] we can improve the focus of the results.

Perhaps my favorite find with the [ "Eckley Station" ] query was the following.  I'll let you read the story about John Eckley and the amazing swallowed pocketknife.