Sorry about the long gap between asking and answering.  I was traveling last week, and Friday turned into a loooong travel day.

But now I'm back online.  Forward!

As you recall, last week's challenge came in multiple parts...


1.  In the news reports I kept seeing this symbol on Ukrainian buildings and military installations.  How long has it been the symbol of Ukraine?  What does it signify? 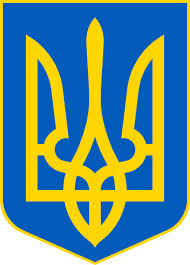 Fred reminded me that if you use the Chrome browser, you can Control+Click on the image and do a "Search Google with this image."  Of course, the regular search-by-image tricks will work as well. 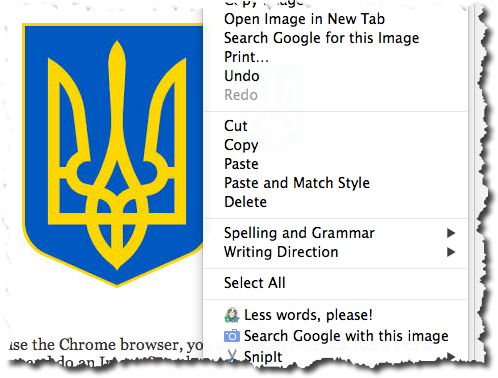 Naturally, Google quickly figures out that the best guess was Ukraine coat of arms and had a link to the Wikipedia page for it.   From that we find that this is a small coat of arms adopted February 19, 1992, with a trident (or tryzub) meaning three teeth. It symbolizes the religious trinity of God on earth and in heaven.  The trident emblem has been around for long time (back to Posideon, of Greek myth, who carried one), and there are multiple back stories.  But the simplest and most believable one is that is an old symbol that was adopted in 1992.

2.  One of the oddities in the news coverage was that the "unknown forces" were often seen wearing a distinctive style of ski hat that pulls down over the face.  This is common enough, but what's odd is that it's named after a city in Crimea.  What is this kind of cap/ski mask called?  What is the name of the town it's named after?  (And for extra points, what connection does this have with Alfred, Lord Tennyson??)

Much to my surprise, nearly everyone commented that they "already knew it."  Maybe it seems like a rare item of clothing to me because I never knew what this kind of ski mask was called until I was in graduate school.  This is what comes of growing up in Los Angeles, and never having seen snow fall from the sky until I was 21.  So these things seem slightly exotic to me.

But if you DID have to search for it, you'd apply the principle of "use what you know" and search for:

Jeff did exactly that and found the hat in question.

If you do a bit of reading about the hat, you'll quickly see that it's named for the city of Balaklava, in Crimea.  You'll also learn that it picked up this name after the Crimean War During the Crimean War (October 1853 – February 1856), knitted ski hats were sent to the British troops to help protect them from the bitterly cold Russian weather. British troops required this aid, as their own supplies (warm clothing, weatherproof quarters, and food) never arrived in time.

That war was marked by a series of military and logistical disasters, one of which was the pointless and devastating Charge of the Light Brigade, an outstanding vainglorious attack by the British leading to massive losses.

The Charge of the Light Brigade, and its aftermath, was captured by the poet Alfred, Lord Tennyson in his famous poem.  The most famous stanza is probably the 6th, which you'll hear quoted in many contexts:


Cannon to right of them,Cannon to left of them,Cannon in front of them  Volley'd and thunder'd;Storm'd at with shot and shell,Boldly they rode and well,Into the jaws of Death,Into the mouth of Hell  Rode the six hundred.


Needless to say, it does not turn out well.

Oddly enough, the Field Marshal FitzRoy James Henry Somerset (1st Baron Raglan) ALSO lends his name to a style of clothing.  It was he, Baron Raglan, who gave the muddled orders to the Light Brigade and sent them into the "Valley of Death."  Later, at the Battle of Waterloo, he lost his right arm in that battle, and after that loss commonly worn a shirt with a sleeve that extended in one piece fully to the collar, leaving a diagonal seamfrom underarm to collarbone.  This is now known as a "Raglan sleeve," and is often seen on t-shirts and athletic shirts.

3.  Crimea has also had a couple of ports that are of military interest.  For a long time, the former Soviet Union had many submarines stationed there.  Can you find out if there are still any Russian subs in the Black Sea?  If so, what are their names and what class of sub might they be?  (This is for you, Gary Ray!)
Again, this wasn't an especially difficult search.  I started with the obvious:

led me to some interesting articles.  Since this was a potentially sensitive topic, I checked multiple sources, just for triangulation.

The most interesting article came from the Stars and Stripes military newspaper, which documented the status of the Russian presence in the Black Sea.


"The Black Sea Fleet remains the smallest of Russia’s four fleets, and one whose aging ships limit its capabilities. Of the fleet’s 25 ships, 19 are corvettes and patrol craft, according to an analysis by Christian Le Mière, Le Mière also counts two destroyers, a pair of frigates, a cruiser and a diesel-electric submarine."

For completeness, I looked up Christian Le Miere and found that he's a Senior Fellow for Naval Forces and Maritime Security the International Institute for Strategic Studies in the UK.  (I checked on that too.  They've been around for quite a while and have a good reputation.)  So I tend to believe this report.
Searching a bit more reveals that this one sub is the "Russian submarine B-871 Alrosa..a diesel-electric Kilo-classsubmarine that joined the Soviet Fleet in 1990 and is active with the Russian Black Sea Fleet as of 2011."
It even has its own Wikipedia page, and a page on a Russian submarine web site.  (I never knew there was such a thing!)

As Gary Ray R points out:

I wondered about that name, it seems that the submarine is named after a diamond mining conglomerate. Search term:

"ALROSA – is the Russian group of diamond mining companies, which has the leading role in the world diamond mining by volume. ALROSA is engaged in the exploration, mining, manufacture and sale of diamonds."

4.  The Russians argue that they care about Crimea because of its large Russian population.  That makes sense, but that also sounds like a bit of a cover story.  What military importance does Crimea have for Russia?  (Be careful when searching for this; we want to know the current reason for its significance, not the historically interesting strategic value.)

This is a big, hairy question with many possible ways of solving it.  It's really interesting to read SearchResearchers comments on this.  But I was mostly interested in why Crimea is so important militarily.

Part of the answer has to be its strategic location.  If you check the maps, you'll find that Crimea, with its port of Sevastopol is right in the middle of the Black Sea. 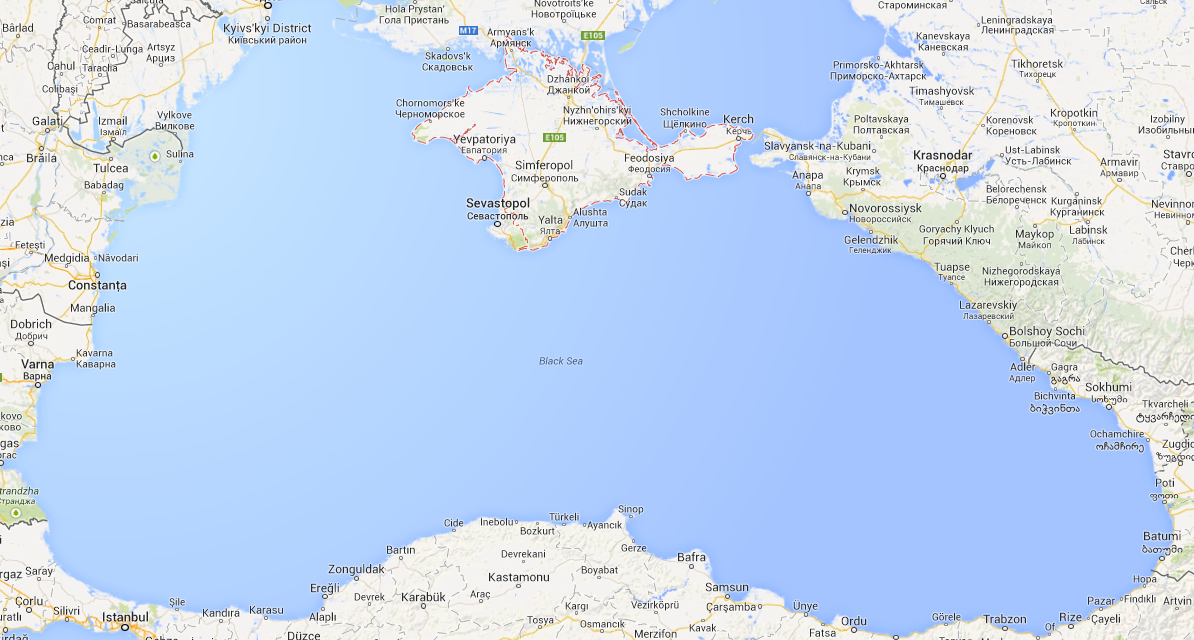 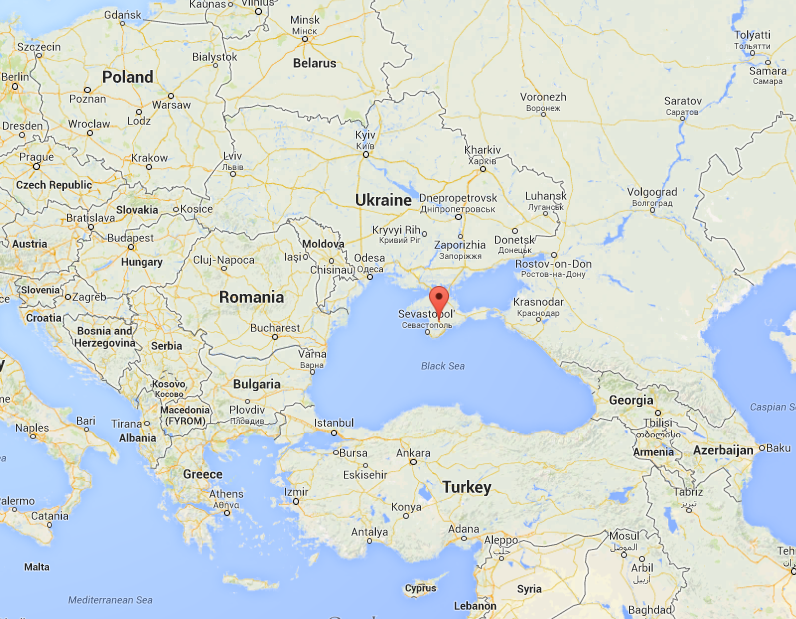 If you're going to be playing diplomacy in central Europe and the northwestern part of the Middle East (as Russia does), then having a good Black Sea port is essential.

"But wait!" I hear you cry.  "What about Sochi?"  They just had an Olympics there.  Why not use that as your strategic port?

I was curious about that too, so I looked up

and discovered the web site SeaRates.com, which lists many of the world's ports and their shipping capabilities.  It's a pretty quick task to look up both ports and see their relative merits.

If you compare SeaRates data for Sochi to Sevastopol, you'll see that Sochi is listed as "small port" and a "very small harbor" with no diesel refueling stations, and only very limited dry dock / repair facilities.  This is probably not where you'd want to base your military operations.  Besides, the Sevastopol harbor has been the home of the Black Sea Fleet for many years.  Ukraine has leased the harbor to the Russians, but was recently renegotiated to last until 2042, and the lease agreement has been a constant source of tensions between the Ukraine and Russia. Even though Russia is working on a new base at  Novorossiysk, the traditional center of naval operations has been Sevastopol.

More generally, this is the kind of question that's best answered by getting multiple points of view.  For that kind of multiple perspective, I turn to experts that bring a depth of knowledge (and a diversity of opinions).

For instance, I like The Atlantic's reportage on international situations, so I would do a search like this:

But I might also look for some additional resources.  You can probably think of your own, but I would look at the "Voice of America" (the official US Government perspective on international affairs).  To find their site, first do:

and find that it's www.voanews.com -- which would lead to a search like this:

And for a very different perspective, I'd definitely want to get the BBC's perspective.

(With a particularly good summary from the BBC.)

Rinse and repeat for other news sources.  Naturally, you'd want to get the Russian and Ukrainian perspectives as well.

And you can find TheMoscowTimes.com (Russian news delivered in English; clearly from a pro-government perspective).

I'd thought about doing a definitive wrapup / summary of all the news stories I've been reading--but that's a big challenge.  If I wrote for TheAtlantic.com or Slate.com or something similar, I might take on the challenge.

But at this point the detailed analysis is up to you.  It's clear that Crimea is, and always has been, a strategically important place in eastern Europe.  And that's at least part of what's driving the current conflict.

Search Lessons:  There are many here, but the big important one is illustrated at the end.  It's important to find multiple perspectives on this geopolitical staging--probably the handiest trick is to site: limit your searches to information FROM the perspectives you want to understand.  (Hence the illustration of the site: restrictions to BBC, Russian News, Atlantic, etc.)

And of course, I'd love to see what the Ukranian press has to say.  Using the method above, I found a fairly extensive list of news sources in-and-about Ukraine: www.onlinenewspapers.com/ukraine.htm

Rosemary correctly reminds us that one can always use the Advanced Search page to limit search results to a particular region (and language).  In the search below, I've changed the region and language to Ukraine, and limited the search to just text that's on the page. 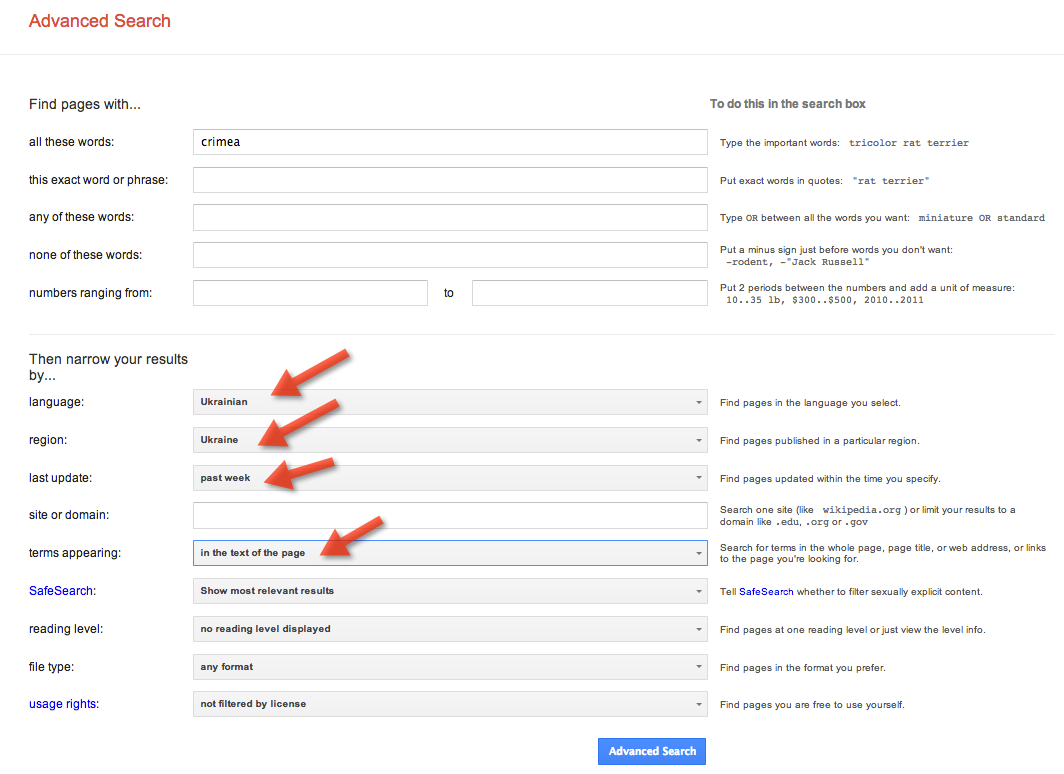 In complex times like this, it's always best to search on!!!