Answer: What's the story? Steel in the sand (A new series)


Whenever I see something that doesn't make sense to me...

... or when it's something that just kind of sticks out... something that doesn't match the rest of the background... my first reaction is to say "Huh!"  When I hear myself saying that, I find myself growing curious.

In last week's Challenge I asked:

What's the story ... behind these two pieces of steel sticking up out of the beach sand?


They clearly don't belong there, and from appearances, they've been there for quite a while. So...

Once I made it back to my hotel room, I first pulled up Google Maps for the area.  (Here I just used the lat/long that I left in the comment.) 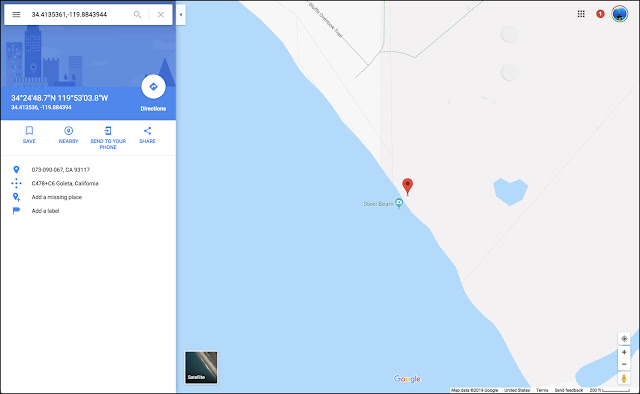 Why that step?  Because you often learn a lot about a location by just looking around on a map of the area.

And, amazingly enough, my drop pin (the red pin in the map above) is right next to something that's labeled Steel beam.  You've GOT to be kidding me!  I find this strange chunk of steel sticking out of the sand and it's on the map??

Even more amazingly, there are reviews of the Steel Beam (but as you'll quick figure out, the reviews are for the beach, not the beam, although people do take photos of the beam and paste them in their reviews).