I often find myself asking"What's THAT?" 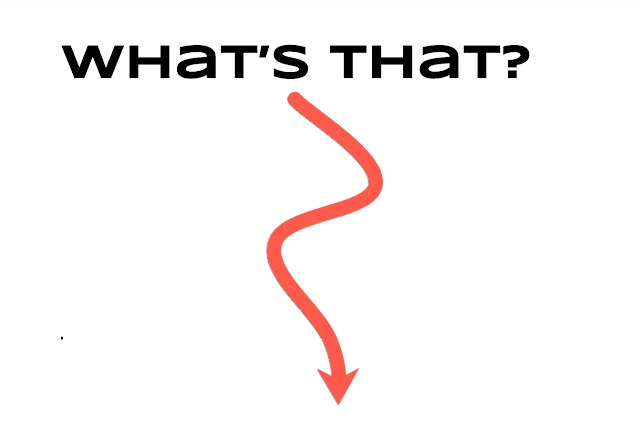 A Regular SRS Reader pointed out that this is the 3rd or 4th time we've had an SRS Challenge asking "What's that?"  It's a fair point--we do get these kinds of posts a lot, but mostly because even the task of just figuring out what something is... well, it's still fairly hard.  We've done logo identification, radiotelescope identification, flower identification..   and so on.

Since these kinds of questions come up ALL THE TIME I'm going to invent a new term for the process:  thing identification.

Last week's Challenge was for three things I found around the house.  Can you figure out "What's that?" for each of these pictures?  The first is a gadget by the window, the second is something I found in a garage, and the third is a photo of a place I'd visited... but forgotten about.

1.  This is an image of a widget in my house.  Unfortunately, it's broken.  I want to get a replacement, but I don't want to go to the hardware store and say "it's that thingie you turn to open the window."

Can you figure out what the correct name of this thing-with-a-handle-you-turn-to-open-the-window? 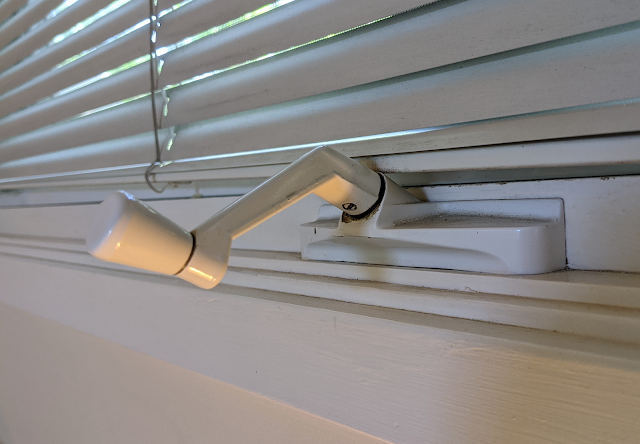 Great job, Searchers!
Mathlady found it by using a straightforward description search:
[ rotator to open window ]
which gives a useful set of results, even though the word "rotator" doesn't appear anywhere on the results page.  See this: 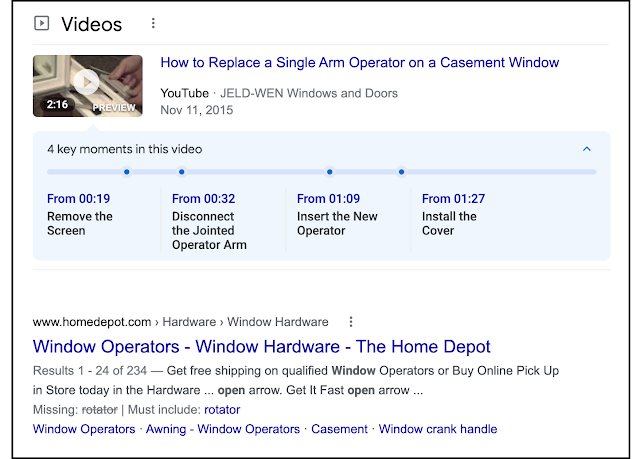 The thing that's slightly tricky here is that this thing is called an "operator."  (See that in the title of the video and in the title of the HomeDepot result?
I don't know about you, but the word "operator" has a LOT of different definitions.  It's someone who operates a machine, it's a mathematical function (the multiply operator), it's a slightly villainous person (who might be called a sharp operator), and so on.
But it ALSO is the name of the mechanism that one uses to "operate" a casement window.  Check out this casement window diagram: 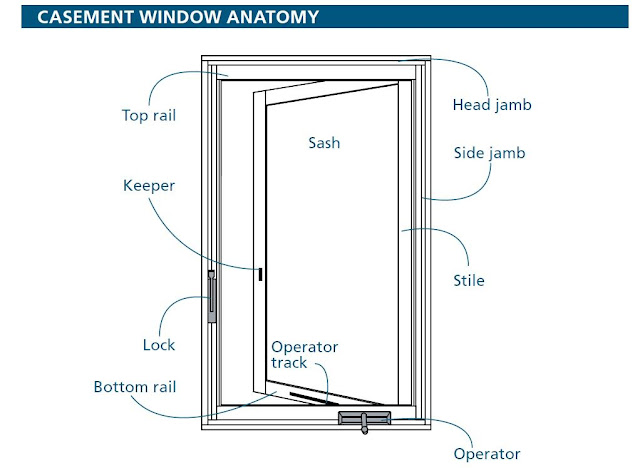 And mine is broken.  When I go to the hardware store I'll ask for a replacement casement window operator.
It's worth noting that other SRSers found it by using Search-by-image.  Good job by all! 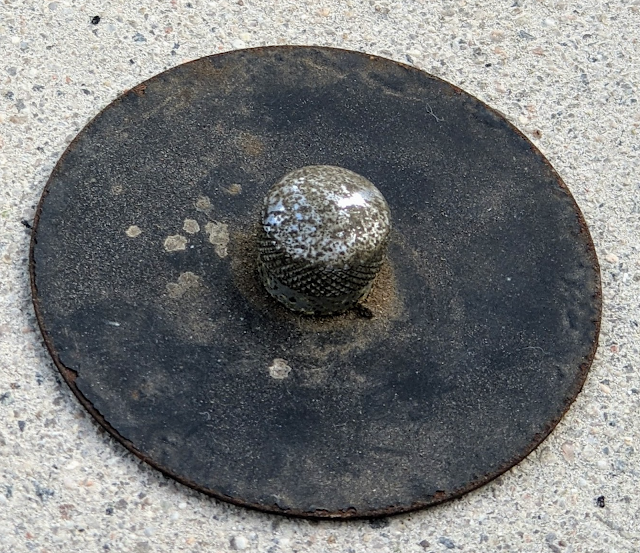 I meant this to be a difficult search and to illustrate a particular SRS point:  It's hard to do searches like this (of a fairly generic thingie) without a little context.
You all did a great job, but this looks like a million different things.  Some of the better ideas this week were linen smoother (suggested by Jon).  I had no idea what this was, so I looked it up: 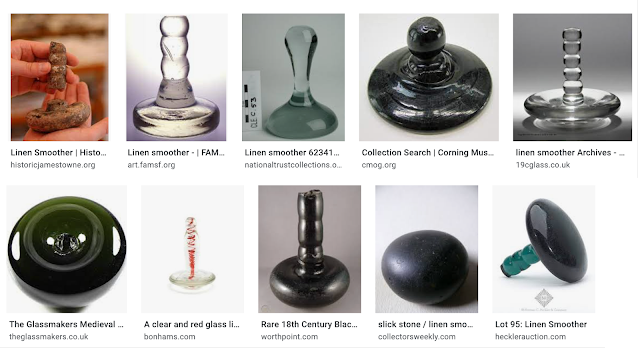 A reasonable guess.
Jon also thought maybe it was an antique wood burning stove knob.  Remmij guessed it was a lid to a cast iron pot.
But the real problem is that there's just not much to go on.  It's a flat black disk of steel with a knurled knob.  It could be anything.
That's why I added the hint about "older writing technology."  And that was enough to give Remmij a clue.  In Remmij's comment:  Could it be a "lid/cap for a typewriter ribbon tin or spool…? pre-plastic…"
I figured it was from my Mom's old typewriter (which she, unfortunately, tossed into the trash before I could save it).  So I started with a broad Image search query to see if I could spot anything helpful.
[ old manual typewriters ]
and did a quick image scan to see if I could spot anything.  After only a few seconds, I saw THIS is one of the images: 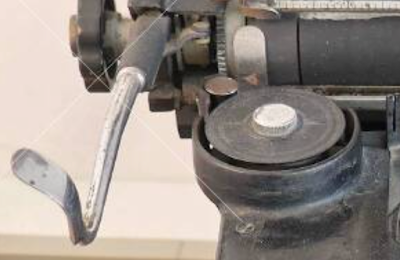 See that flat black metal disk with a knurled nut on it?  I happen to know that this is the cover to the typewriter ribbon spool.  Here's a diagram from Typewriters 101. 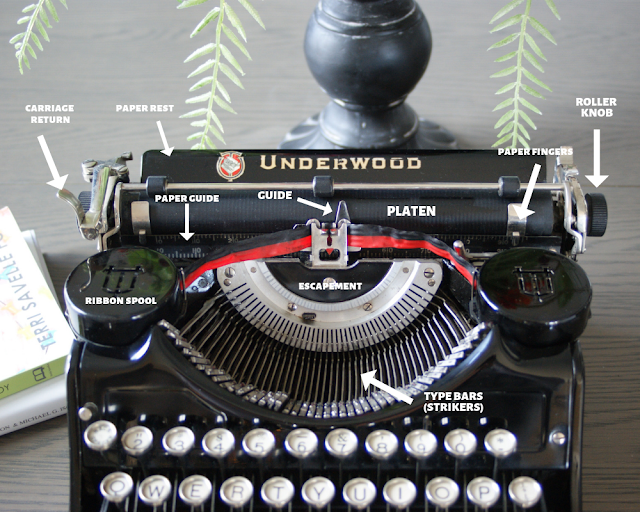 This encouraged me to do another image search for:
[ typewriter spool cover ]
Scrolling through the images I saw a Remington typewriter with this kind of spool cover, so I then refined my query to:
[ Remington typewriter spool cover ]
And then, after not getting too far with Google Images, I switched to Bing Image search (same query).  I scrolled down about 5 pages worth and found a wonderful blog post with a compelling image.  The blogger (Robert Messenger in Canberra, Australia) is searching for this (the image from his blog): 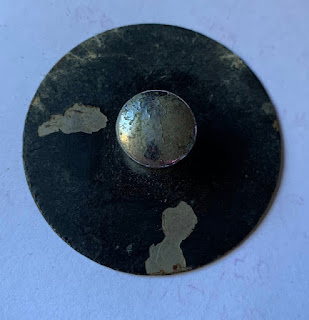 Look familiar?  Robert writes that he's looking for this part, which he calls a "ribbon spool cover," to a Remington Noiseless Portable Typewriter.  With that as our query, it's easy to find other images of the Remington Noiseless with the ribbon covers installed: 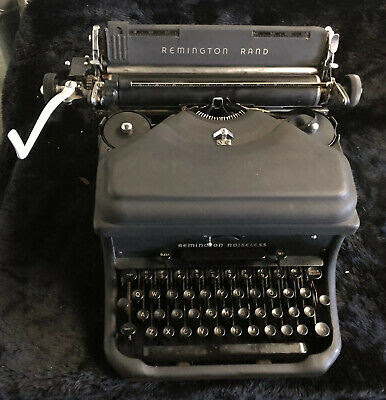 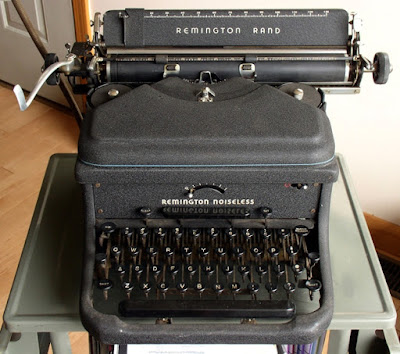 Now that I know the terminology, it's straightforward to find other images of this thing... and it's even easy to find these parts for sale on eBay or other online sales places.

3. This is a picture of a place I visited a while ago.  Unfortunately, it was before I was using Google Photos, so I couldn't just look this up.  If you can tell the name of the place AND what kind of structure this is, I'm sure I'd recognize it.  What's that?  AND... Where's that? 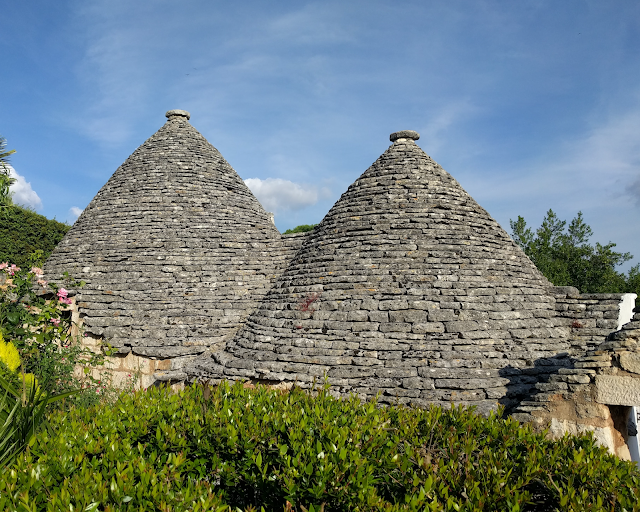 Several people reported that a good old Search-By-Image tells us that this is a trullo house in Puglia, Italy, a dwelling make of carefully stacked dry stones.

Even more specifically, it's probably in the town to Alberobello, which has an abundance of well-maintained trulli houses.  The story goes that in 1481 the Counts of Conversano D'Acquaviva D'Aragona, owners of the territory of Alberobello, imposed a tax on the use of mortar in houses.  Consequently, the residents built their dwellings without mortar to avoid paying the despised tax.

I managed to find the original image in my Photos collection and using the EXIF trick, discovered exactly where I'd taken the photo.  (See red drop pin below.)

1. Thing identification is often Search-by-image... and when it's not, the simplest possible description of the thing ("rotate crank handle window") will often work to get you to a page for identification.

2. When that fails, get some additional context!  In our typewriter example above, there just wasn't really enough information to do a good thing identification.  In this case, you really needed to know that it was part of a typewriter.  With that additional context, we could figure it out.  (And if you don't have enough context, ask!)

3. Once you find the objects, be sure to look into the background.  Often, the most fascinating stories are the ones that start with a new thing-identification.  Now that you know the name, you can do a search on that and start to get some of the history.  Following the story of the trulli is fascinating.  But you start with an identification and go forward from there.