Answer: Intellectuals and land-change in Colorado?

Yesterday’s questions were all about a large-scale educational movement that began in New York state during the late 1800s.

The simplest search to figure out what I meant by that would be:
[ education movement New York ]
which leads you pretty quick to the  Chatauqua institution.  (On my page, Chatauqua was the 5th link in the SERP.)

You could have also done:
[ education movement New York 1800..1900 ]
(the number range operator would give preference to pages that mention those years in the text of the page).

The Chatauqua was a cultural, religious, and political education movement that began in the 1870s on Lake Chataqua, New York as a move towards mass education and a commonly held sense that the people needed to have a socially acceptable way for family education.

Some consider it the first form of mass culture in North America. With encampments springing up to hold Chatauqua-style meetings throughout the US, Theodore Roosevelt called it “the most American thing in America.” Some scholars credit it with sowing the seeds of liberal thought in the U.S. and Canada

It was a social and cultural phenomenon that permeated rural North America until the mid-1920s. At its height, the Chautauqua Movement attracted millions to hear educators, preachers, explorers, travelers, scientists, prohibitionists, politicians and statesmen, comedians, singers, violinists, pianists, bands, and orchestras.

But today, only a handful of Chautauqua communities survive.

While there’s a good deal to say about the Chatauqua movement (which is fascinating itself), I want to focus on the Boulder branch.  It began on July 4, 1898, when over 4,000 people gathered for the opening day of the Colorado Chautauqua which had been established when Boulder civic leaders and Texas educators joined together to create a cultural and educational summer retreat.  (Basically, the Texas teachers wanted to escape the summer heat and have what we’d now call “professional development” time in a salubrious place.  Boulder was just the ticket for them.

The Boulder Chautauqua has been in business, holding sessions ever since.

So let’s answer our questions:

1. Even after more than 100 years, one of these education franchises is still active and well-known in Colorado.  What city is it in?   (For search fans, give us the lat/long.) 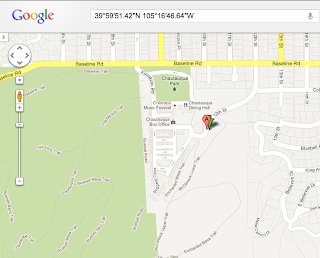 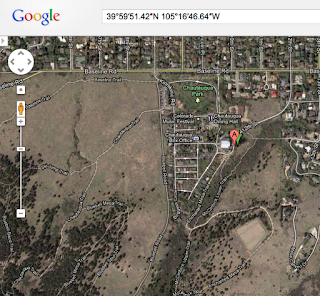 2.  Can you find a current photo of the grounds of this institution AND a photo from a 1899?   (We’re going to ask for a highly reputable source for the image from more than 100 years ago.)

Getting a current photo is easy: use Street View or visit the Boulder Chautauqua web site.  http://www.chautauqua.com/

3.  What’s the most striking difference in the appearance of the land between now and 100 years ago?  (For extra credit, can you show the current and 1899 views side-by-side?)

For this kind of highly reputable information, one excellent resource to remember is the local public library!  Many (MANY!) cities are proud of their local history and maintain superb archives.  To find archival images of Boulder’s Chautauqua, I first did a search for [ Boulder Colorado libraryhistory ], which led me immediately to Boulder’s Carnegie Library which is their local history branch. 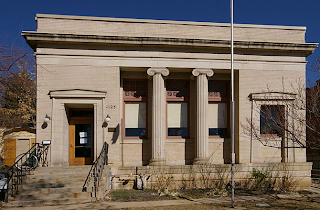 This wonderfully historic library  (one of the original Carnegie libraries in the United States) is full of a great collection of Boulder-iana, and has an extensive archival image collection—much of which is devoted to the local Chatauqua.

I just clicked through to their catalog and was able to quickly find a trove of images from the site.  A search for [ Chautauqua ] on their photographs archive (using their search tool, not Google) yields 972 images.

Here’s the best pair of current vs. 1899 photos I could find.    (near the auditorium, looking roughly northwest at the front of the building) vs. now. 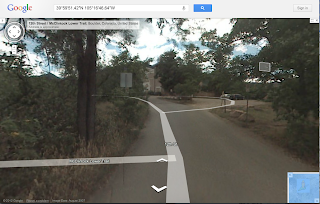 This shows clearly the biggest difference between then and now.  In 1899, as you scan through the libraries archival photos, you'll see this was all a VERY open space, dominated by a prairie landscape—short grasses and no trees.  None.

Now, after more than 100 years of people living in this space, the land is covered in trees, making photo matching a bit of a challenge.  Contrast these 1899 images with the aerial view of Boulder above.

Search lesson:  Don’t forget the local resources!  Libraries are wonderful repositories of information that can be easily accessed through their catalogs.  Note that not all archives are available online—sometimes you just have to go there to see what they have. But most libraries have a description of their holdings, which IS searchable.  If they seem to have what you need, it’s time for a road trip.

Luckily, Boulder has scanned much of its archive and added pretty decent metadata, which makes our life (those of us who don’t live in Boulder) much easier.