I was driving through farmland; very rural, very open, very flat.  There were mile after mile of almond trees, walnuts trees, and pistachios.  Expecting nothing more than the occasional farm stand or packing shed, I was deeply surprised to find this giant stone monument on the side of the road. 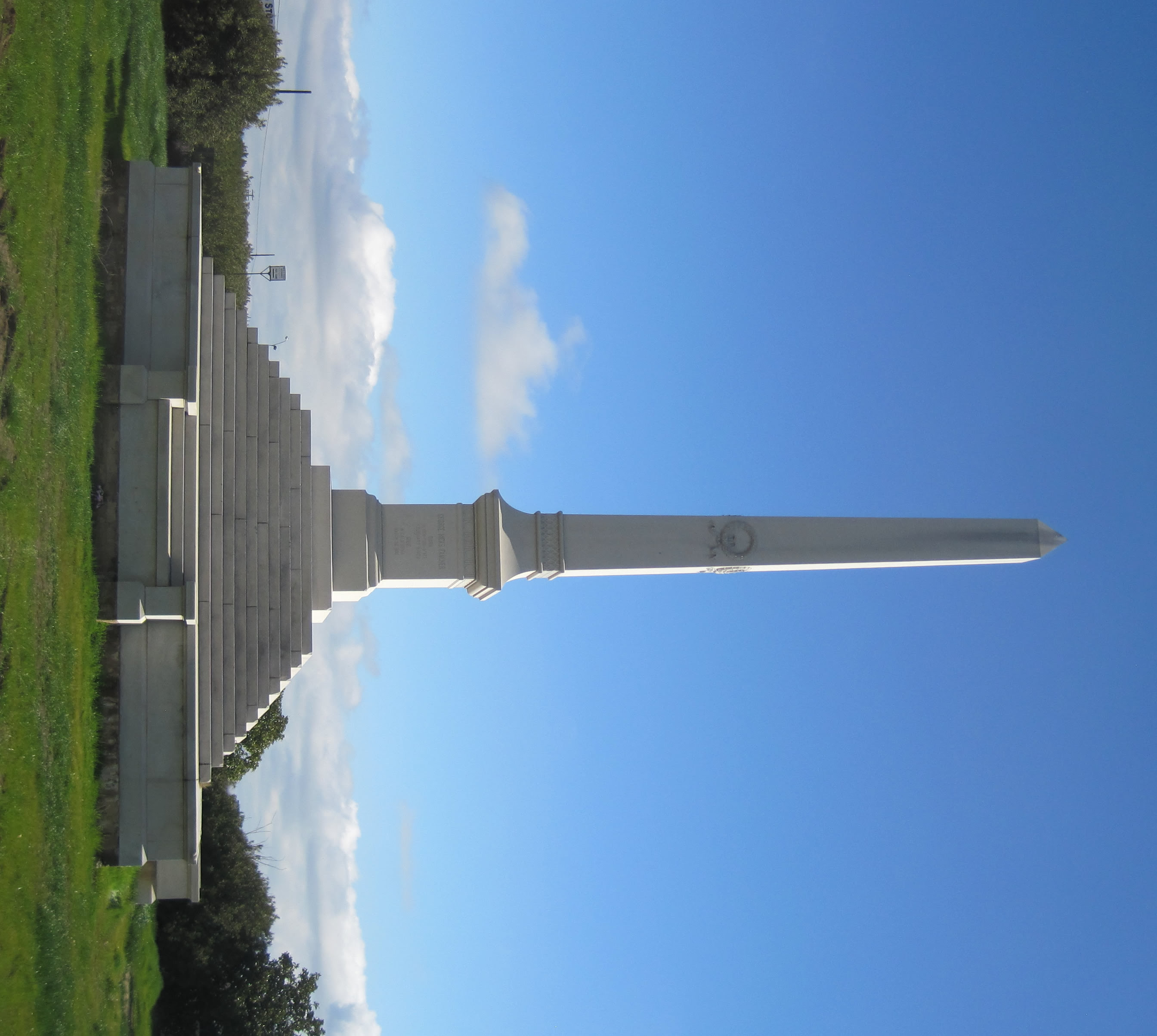 Naturally, I stopped on the gravelly roadside and leapt from my car to take this photo.  What’s the story with this??

Luckily, I have a friend who happens to live nearby.  She explained that this is a monument that a local farmer created to memorialize his life.  But at the time, there was a big controversy over putting it up.

Apparently, part of the family wanted to use the money to build a public library in town and name it for him, rather than a useless, self-congratulatory giant granite obelisk in the middle of the farm.

But the court thought that the will should be followed as specified, and so the monument was constructed as the former farmer had hoped.

Later, the town ended up with a library after all, but it was a bit of a struggle for it to get started up.  Finally, the good citizens found a place in town to set up shop, and they accepted book donations to seed the initial collection.

Today’s question is this:

This monument is near the town that had to work hard to create a library after the battle of the will was lost.  In setting up their library shortly after the monument was erected, what two organizations pitched in to give the initial book collection to this nearby town library?

I know this seems like an odd question, but when I was doing my research into the history of the monument, I was very surprised by one of the organizations that contributed a book collection.  (I was going to ask what books they donated, but I figured that would be a bit too tricky. But if you feel inspired, let us know!)

As usual, be sure to let us know the answer, how long it took you to find the answer, and your search path on the way.