You answered the question before I got around to doing my own searches.  Are we getting better?  Certainly seems so!

If you've read the comments on the Challenge, you can see the number of approaches people used to figure this one out.

But let's repeat this week's Challenge from Jill in Alameda:

It dates to 1912 and is made of some kind of silver metal in a 2 and 5/8 inch circle. It says 'Compliments S.F. Chronicle, San Francisco.'  (The S.F. Chronicle is the local San Francisco newspaper.  It's been around for a while.) 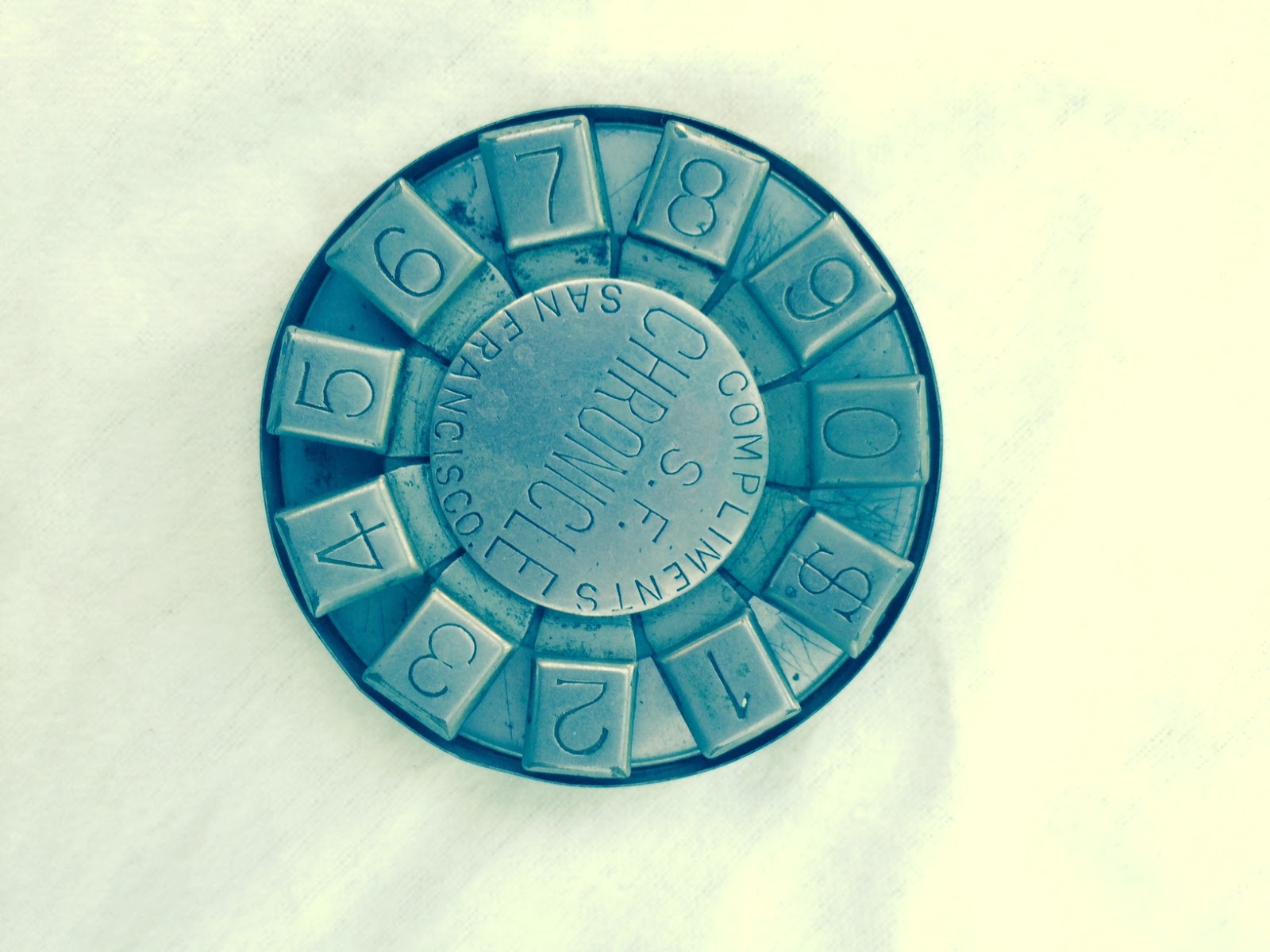 The number tabs can actually punch out a kind of "dot matrix" number when you slip a piece of paper in the side slots and press down on the tabs. 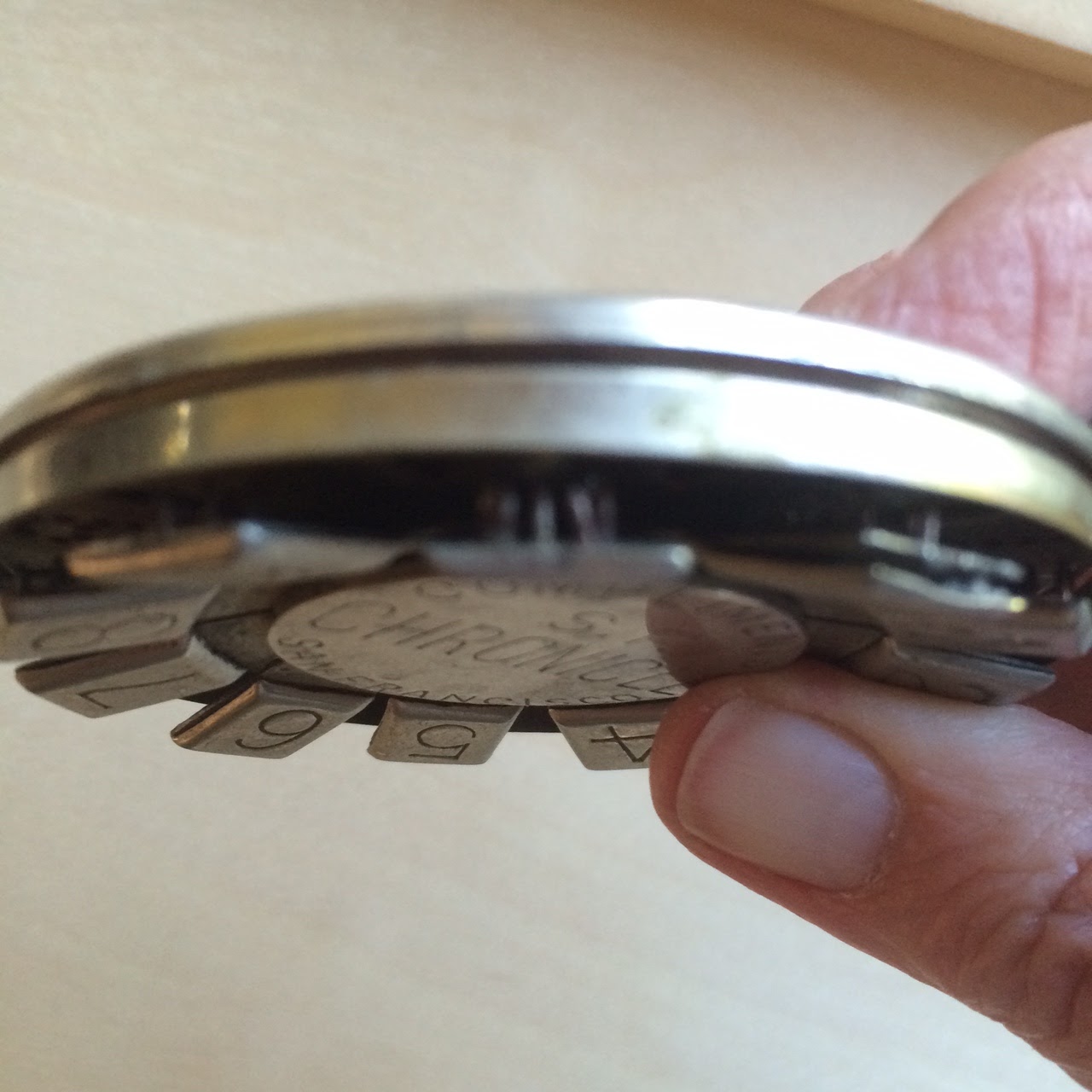 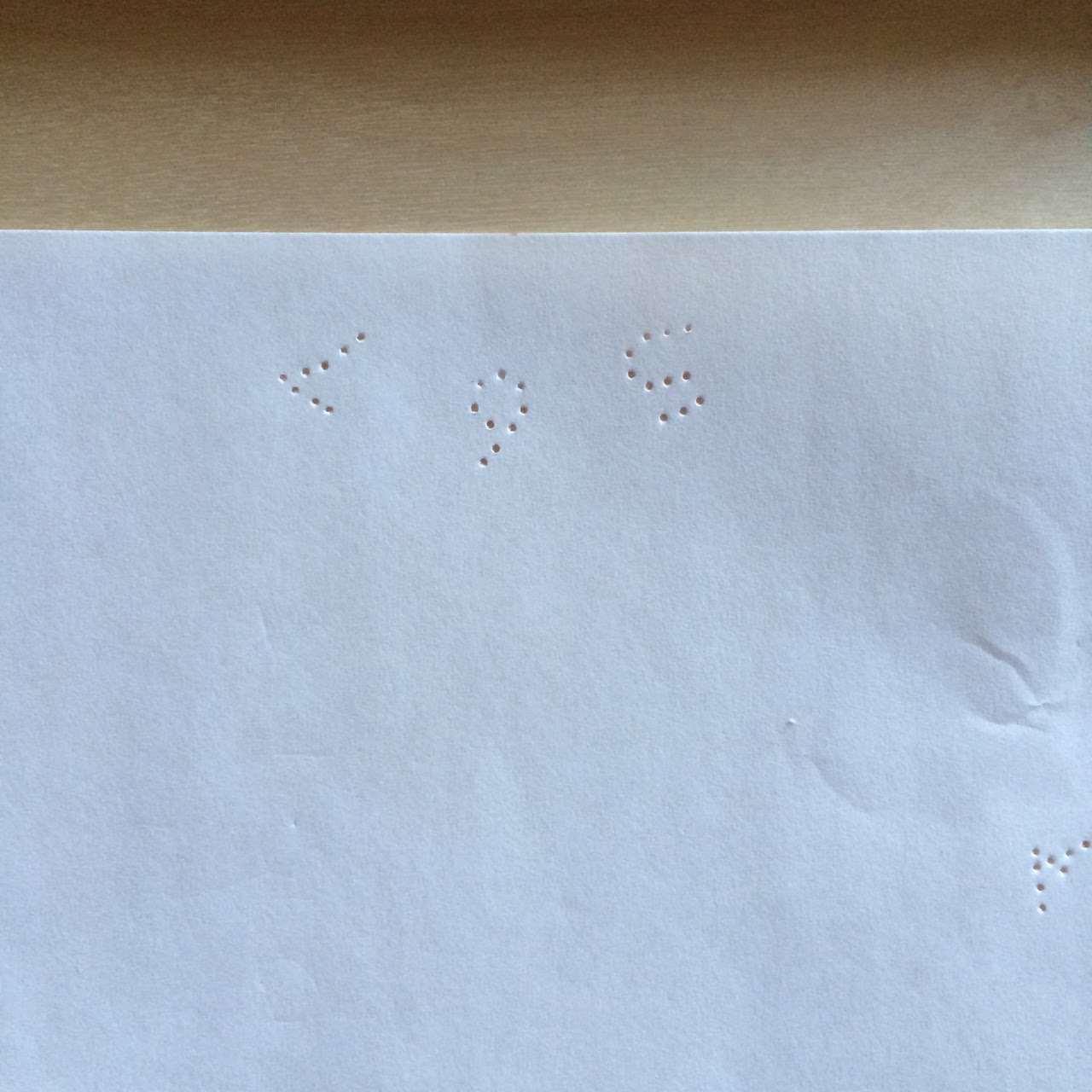 1.  What is this device called?  How is it used?  (And why would the S.F. Chronicle hand them out with their compliments?)

Quick answer:  It's a "check protector," made by the Page Manufacturing Company from 1912 until around 1915.  It's used to punch the dollar value of the check into the check itself as an anti-fraud measure.  At this time in the early 20th century, various methods were used to attempt to prevent changing of the monetary values and altering the payee on checks and other financial documents.  This device made that kind of alteration very difficult.

Ed realized that it was a kind of "number punch" and thought it might be used for punching tickets or transfers, so his first search was:  [ "page manufacturing" punch antique ] and found the Page Check Protector.

David B. tried a Patent search, but had no luck, and switched to searching for the Page Manufacturing Co. in 1912.  Both David and Ed found the Early Office Museum web page that's dedicated to "Small Check Protectors," which lists the Page Mfg Co.


David P. did an image search for:  [ 1800s device punch numbers in paper ], leading him to a similar device made by the Brady company called the "Brady Check Protector."  He revised his Image query to be [ check protector ], and found something rather similar:

Jon (the Unknown) did a Patent search and was able to spot it quickly.  His Patent search was for [ Page Oct 1 1912 ] -- and I'm amazed at how well it worked.  He found this as his result:

Ramón, meanwhile, did a series of straightforward searches, modifying his query until he too found the Early Office Museum web page.  Interestingly, he found it with the query:  [ Page Mfg silver 1912 devices], but an Image search with that query gives you this: 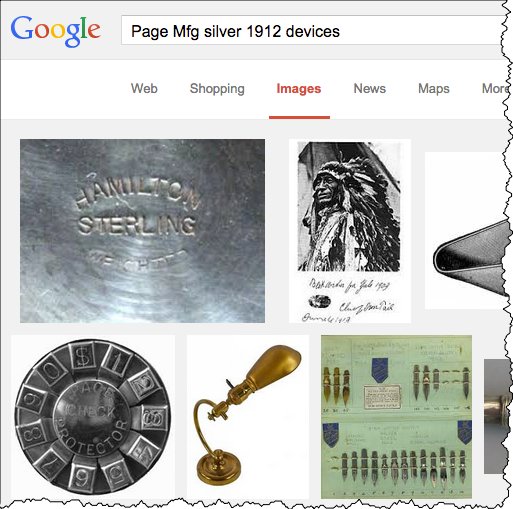 When I did my searches, I didn't include the word "silver" because I thought it would be too distracting.  (I know there are a LOT of silver things in the world, most of them described with that term on the page, so I avoided it.)  But obviously it worked fine here, mostly because "Page Mfg" and 1912 works well to find the gadget.

Luís did a long search after noting the similarity between the Protector and the Dymo label maker.  (In truth, that was the first thing I thought of as well.  It's just VERY similar.)  He tried variations on that theme, checking out the idea of "perforated number wheel" and even saws!  His stick-to-it=tiveness got him to the Google Patent search page with the query:  [Paper perforator ] which leads to the US Patent 1039789A, the patent given to Mashall A Page on Oct 1, 1912.

To all whom it may concern:

Be it known that I, MARSHALL H. PAGE, a citizen of the United States, residing at San Francisco, in the county of San Francisco and State of California, have invented a new and useful Check-Perforator, of which the following is a specification in such full and clear terms as will enable those skilled in the art to construct and use the same. 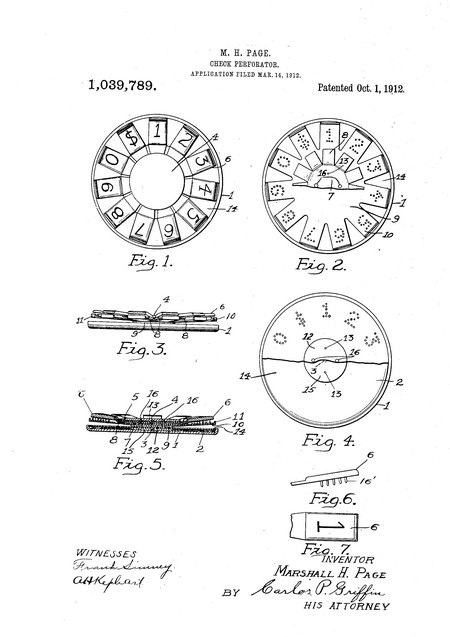 And then Hans noticed that the Page Mfg. Co is located IN the Chronicle Building!  (Although I can't spot a sign for "Page Mfg" in this picture...) 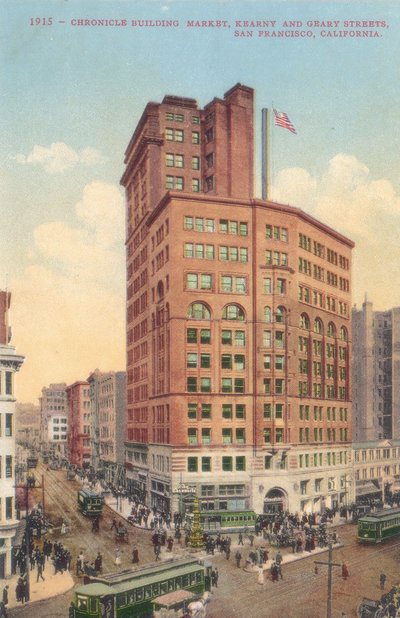 Coincidence?  Seems probable that Page made some of these as handouts (what we would now call schwag) for the Chronicle.

Two: Use what you've been given.  In this case, the text on the front of the device ("Compliments of the SF Chronicle") didn't do much for us--but the company name and date--those worked.

Three: As several Searchers noted, just hanging in there and scrolling down the page will sometimes work well.  You have to take note of when the quality of the results you're seeing starts to diminish.

(Thanks again to Jill for such a great Challenge!)