There are several ways...
to answer this week's Challenge.

Recall the question:
I need to use the following device.... 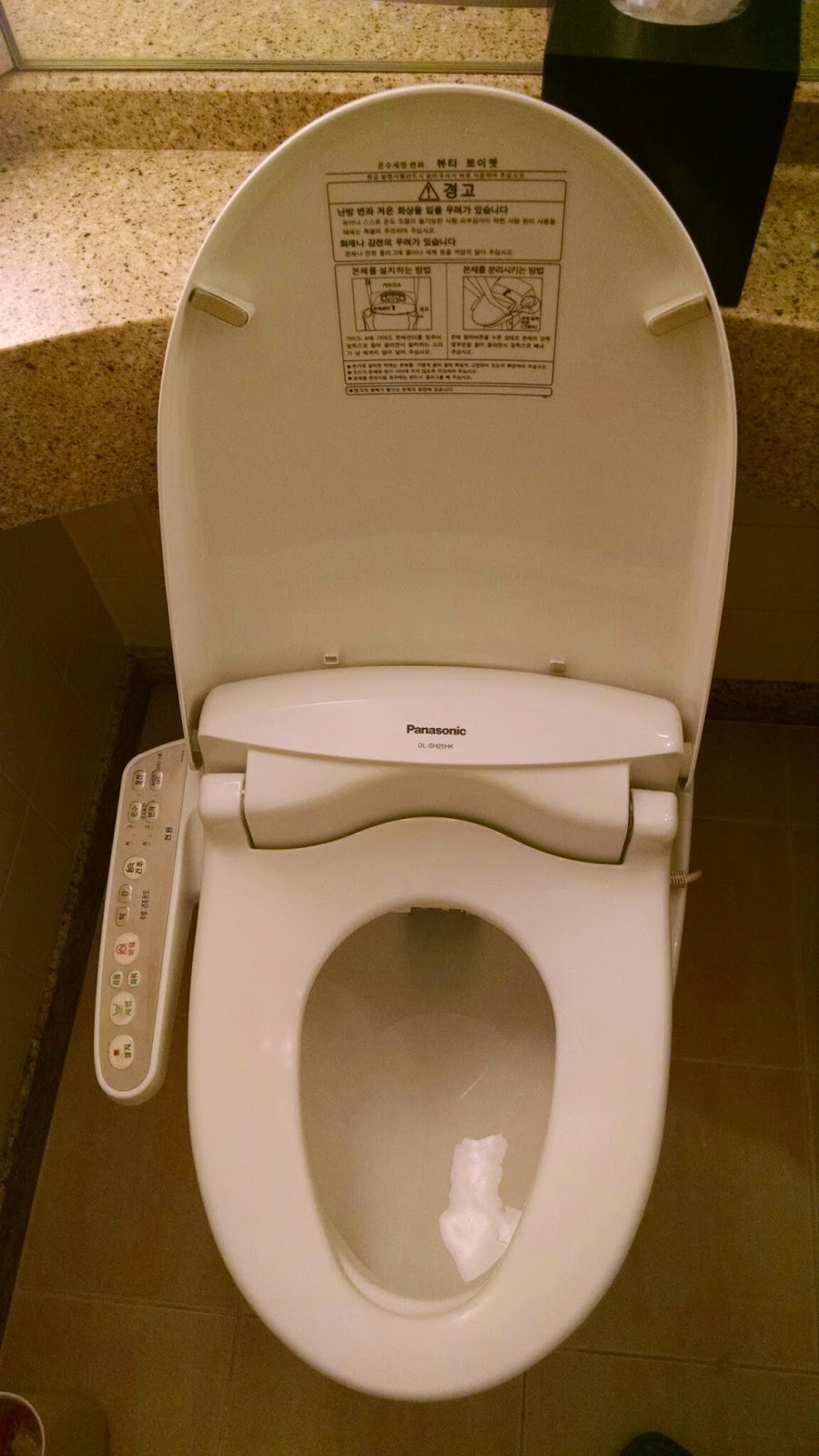 which has the following really interesting user interface: 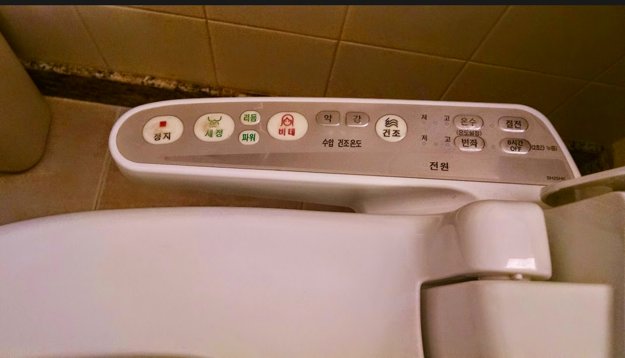 A higher-res version of this image.

2.  Extra credit: What do the other buttons do?


Answer method 1:  Let's do the obvious thing... Can we look up the characters that seem like they might be involved?  (Think about it-- if we're trying to change the temp, there's probably an HOT and COLD (or warm/cool) pair.

It seems pretty clear that the buttons on the left are Stop and Bidet, but the others I couldn't figure out.

Could we use Google's Translate app to help out here?   This App is available in the Play Store, and it's pretty much a point-shoot-scan-translate mobile app. 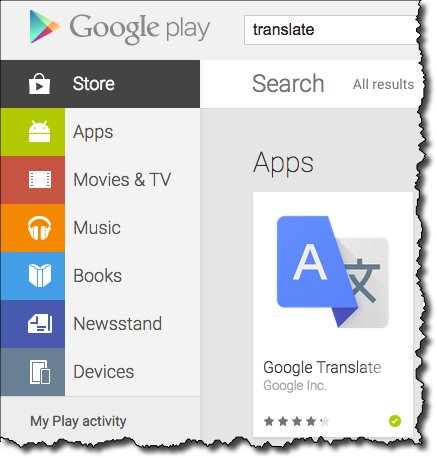 I brought up the image on my laptop, then pointed my phone at my screen and found this: 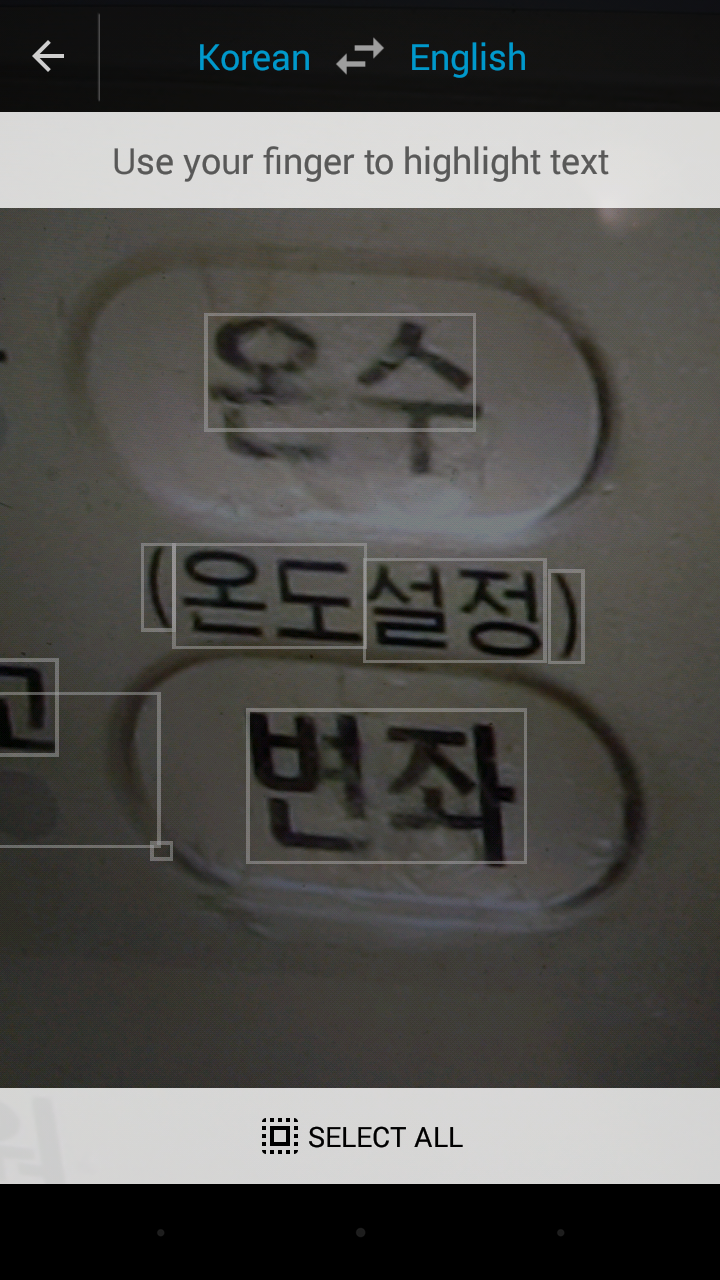 When I run my finger over the text in the middle and hit "translate," I find that it shows up as (Temperature settings) in translation. 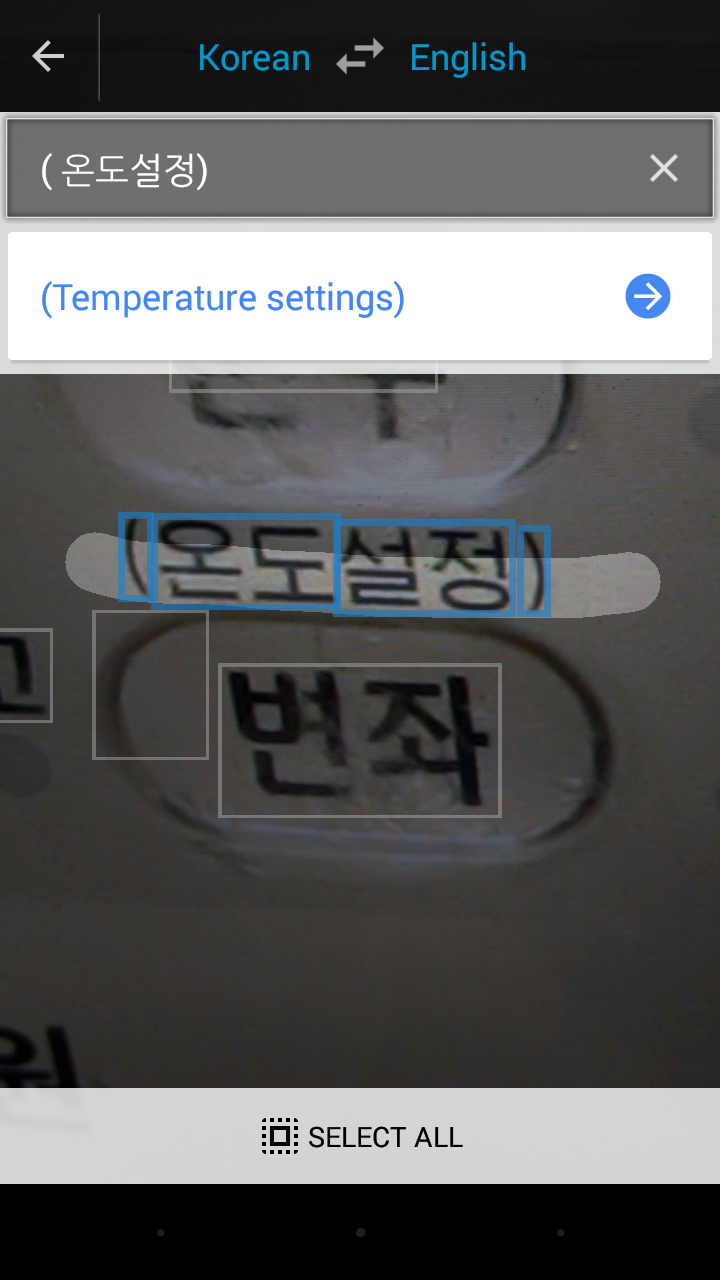 The good news here is that we found the temperature settings:  it's the buttons that are second from the right.

The bad news is that using the Translate app doesn't work very well on the other texts.  I really DID get lucky here--some of the other buttons are either too worn out to be read accurately, or are a kind of abbreviation (like "H" and "C" on English water taps).

I then switched to using the "write your Korean text here" in the web-based Google Translate app: 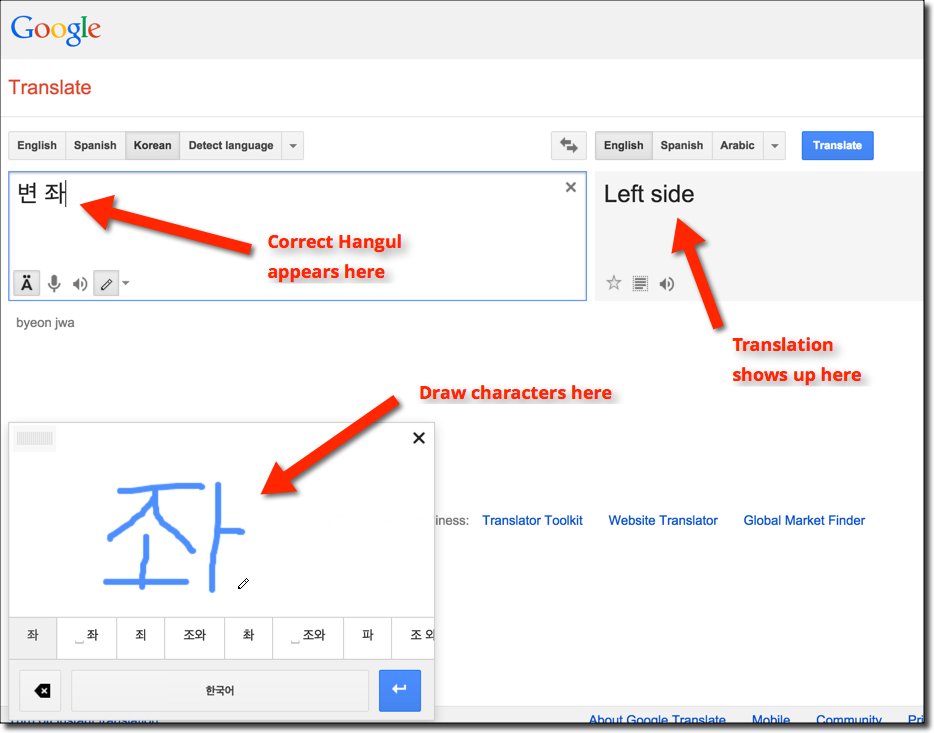 This works, but it's kind of slow.  (Although I learned a good deal about Hangul in the process.)

But note that sometimes the translations vary.  In the above example, I wrote  변 좌 (or what I THOUGHT was that), and it was translated as "Left side."  But using the Translate app, I find that it could also mean "

Or, I wrote 저 and got the translation "That."

Here's one that was more successful: 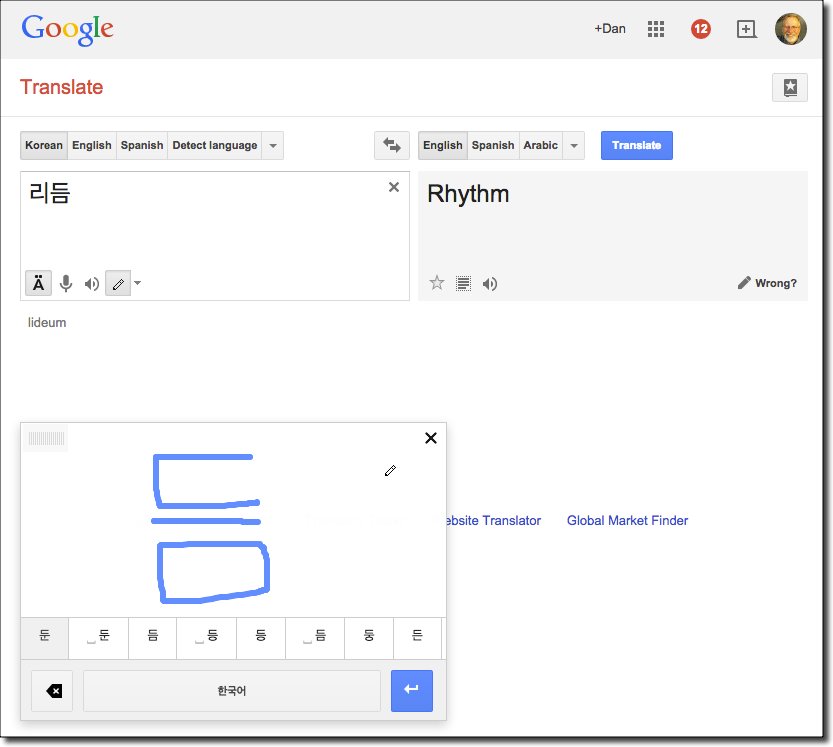 So, by going back and forth between using the Android-based Translation app and the writing-the-Hangul characters method, I was able to get most of the text.

I tried searching for the manual for the Panasonic DL-SH25HK by doing:

but mostly I found were out-of-date pages.

I DID find a page for the Panasonic DL-SJX30HWM, which is (apparently) the same toilet seat in Japanese. 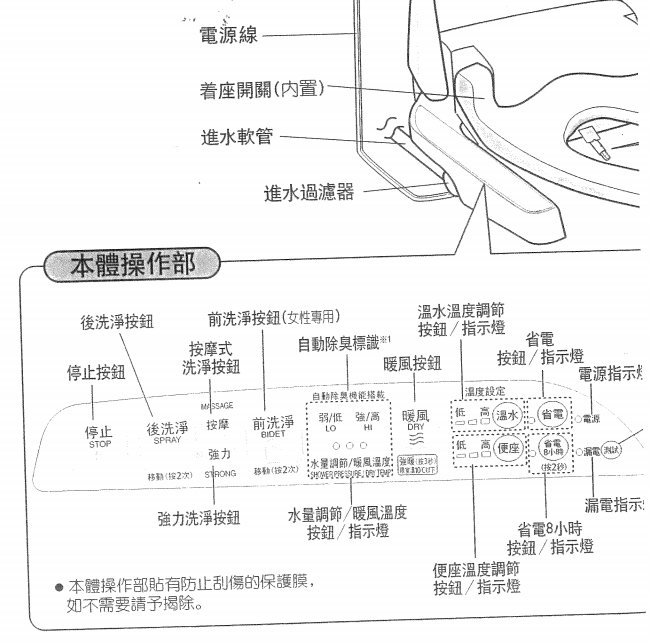 The resolution isn't the best, but it does confirm the text I'd figured out via the Translation app.

Only then it occurred to me:  I bet I'm not the only English-only speaking person with this issue.

So I did a search for:

and sure enough, several sites popped up.  The site Korea for Expats has a nice decoding page, with a chunk that looks like this: 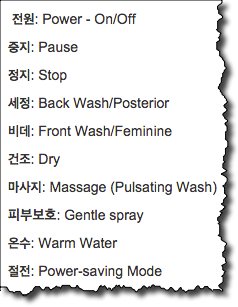 This allowed be to finally decode everything else on the panel.  Here's what I was able to figure out:

So... the answer to this Challenge is that the two buttons second from the right control the water temperature and the toilet seat temperature.  Given the amount of wear on the surface of the buttons, it looks like you press them repeatedly until you get the right temp (that's indicated by the little lights to the left of the button).

Denouement:  As it turned out, there was a handy user's guide hidden in the bathroom.  Naturally, after experimenting with all of the buttons, I found this on the very last day of my stay there.  Here's the hotel's guide to using the toilet: 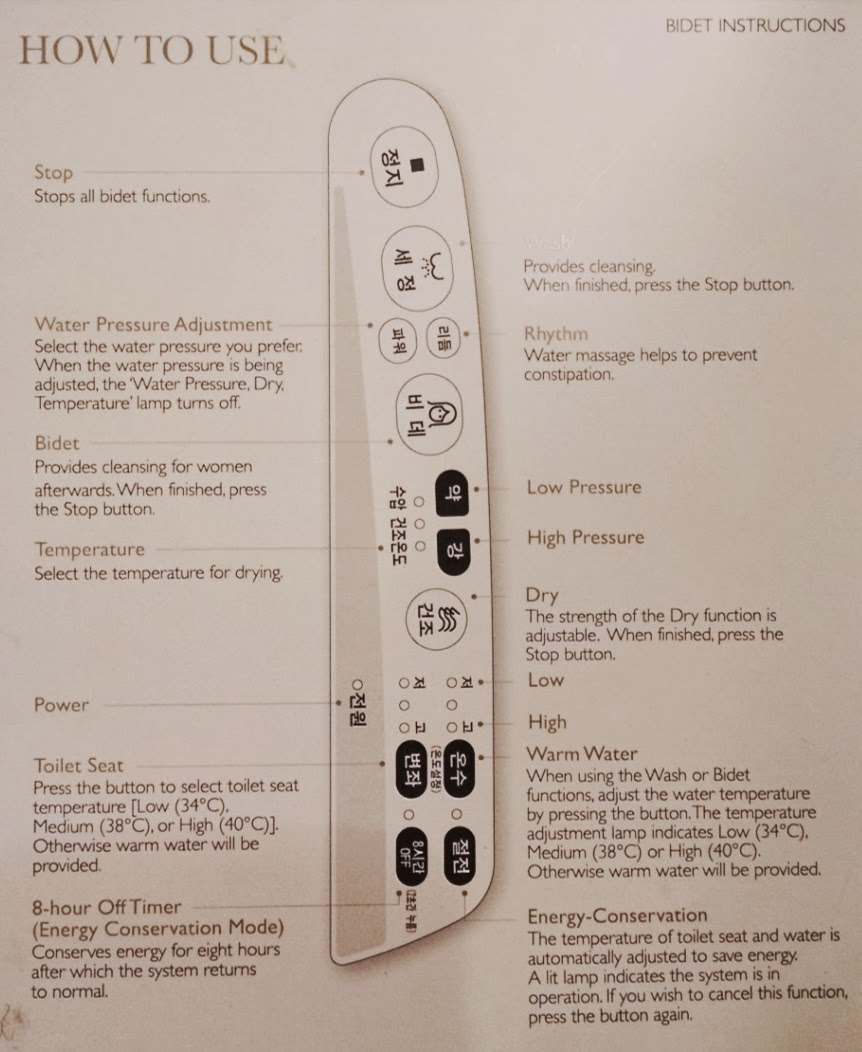 We did a pretty good job, all things considered!

To double check some of these translations, I also used an online OCR system for Korean to English translation.  It's the same idea as my phone-based translation, but you have to upload an image to their service to do it.  (But this is a great method to remember when you find yourself without a phone..)

Note that I double-checked everything, although I did ignore some of the translations that my handwritten Hangul gave me--I didn't trust my handwriting skills!

As always, Search On!