SearchResearch Challenge (8/27/19): What are these three things?


After the immensity of last week's Challenge...

... let's do something fun (but challenging in a good way).

During the past week, three questions came up for me, each of which I needed to do a bit of SRS sleuthing to figure them out.

Can you do these along with me?

1.  I've got a BIG (4 meters tall!) trellis of green beans growing in my garden.  On Monday, I found this growing on stalks.  Do I need to worry about them?  Will they eat up all my beans?  What should I do?
So... what IS this creature?

Here it is on my thumb for scale: 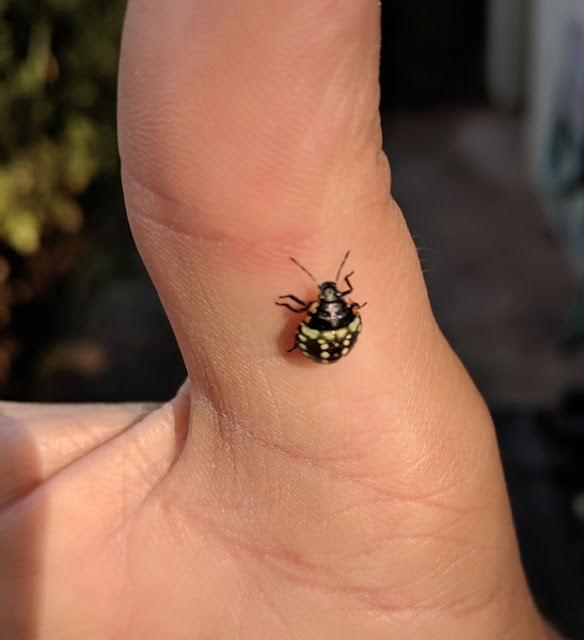 And a fairly in-focus closeup.  The colors are even more striking in real life! 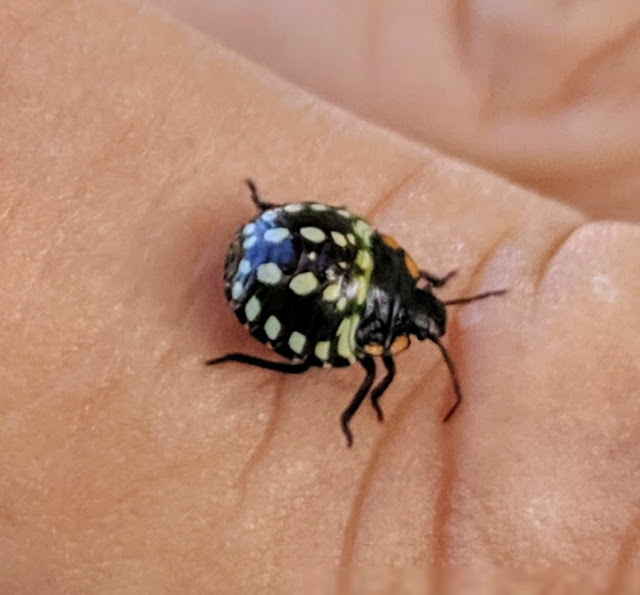 2.  This is a diagram of an important part of a 3-hole punch that's currently broken.  It's an aluminum metal pin with a collar-like-thing around the middle.  That's the part that is missing, so the pin keeps slipping out onto the floor when I use it.  I want to buy a new one… but... What do I call this?  How can I find this online?

I tried to get a good picture of this part, but could never get a good enough photo to use.  Here's my sketch. 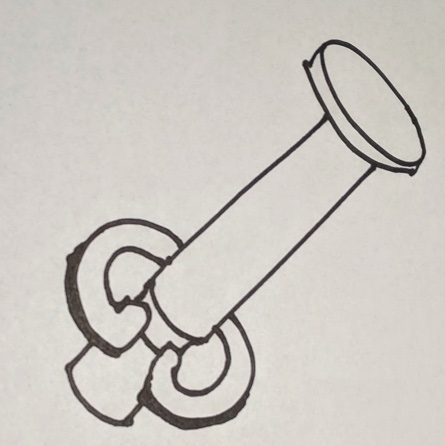 3.  I just got  a new piano.  Hurrah! I’ve been waiting for this my whole life.  But the place where it will sit in the house is fairly sunny.  What should I use to cover it to protect from sun damage? What material should it be made of?  (Keep in mind that this instrument has a new finish.) 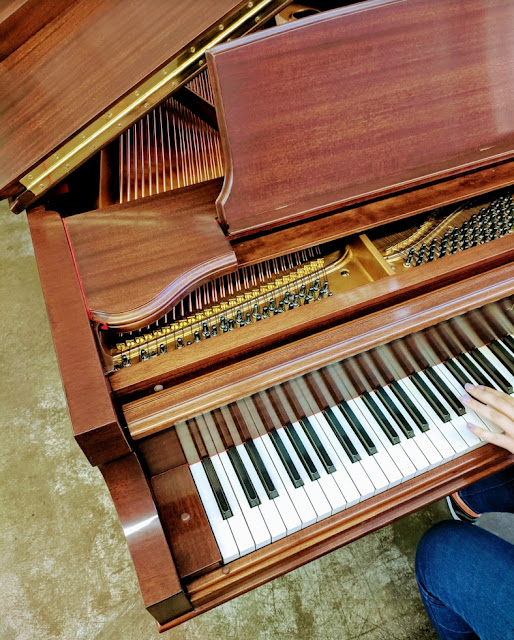 As always, be sure to tell us HOW you found your answer. We want to learn your SearchResearch methods as well!