The fast answer to the question:  the Tennessee pink marble for the Newseum First Amendment tablet comes from the Endsley quarry, which is in Friendsville, TN at  35.75413, -84.1334


Here's what I did to find it.


I did a straight-forward search on [ Newseum stone ] which led me to this article in KnoxvilleBiz.com

"...The marble came from the Endsley Quarry in Friendsville and was provided by Tennessee Valley Marble before the company was purchased last year by Tennessee Marble Co.

Architects chose Tennessee pink marble for the tablet because the same stone was used on the exterior of the National Gallery of Art, which is across the street, and in several other prominent buildings and monuments throughout the city..."

Wow.  THAT was easier than I thought. 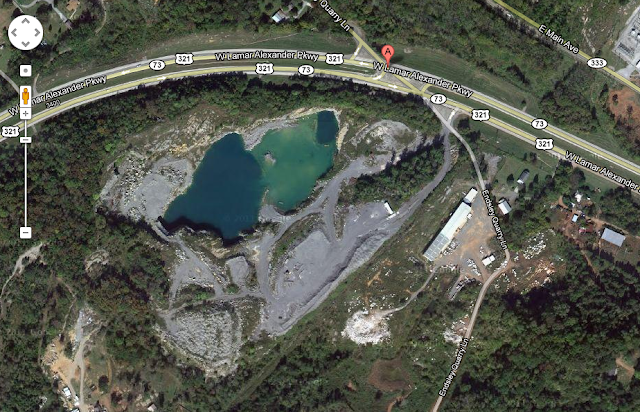 I did a big of digging into the Tennessee Valley Marble company and found that it actually runs several quarries, but that the Endsley quarry, just outside of Friendsville, wasn't used for many years, but was re-opened for the Newseum project and is still active.

By using the "Drop lat/long marker" tool in Google Maps, it was pretty simple to find out the lat/long.

Along the way I found that they needed only 50 tons of stone for the tablet, but in order to get enough decent stone, they had to quarry out (and discard?) around 278 tons. 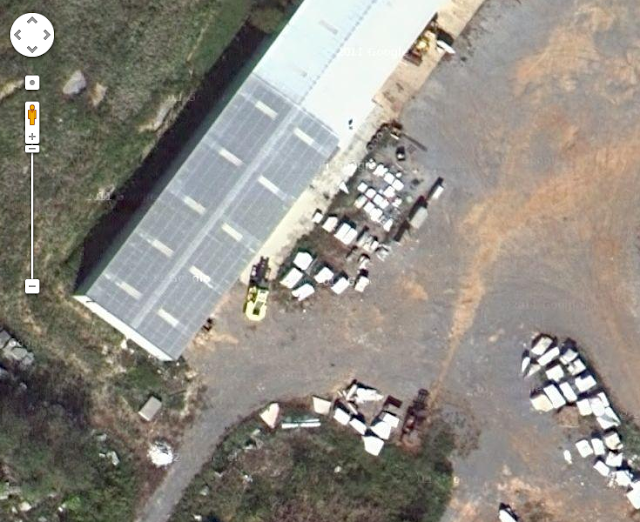 But if you look closely and use the measuring scale in the lower left of the image, all of the blocks at the quarry are actually fairly large.  They're not at "finished size."  Most of the blocks in this image above are around 10 feet on a side.

It looks to me as though they're quarried here, cut in to large blocks, then shipped off to the main cutting facility in town at the Tennessee Marble Co, on West Vinegar Valley Rd.  (I found this location by zooming the map out a bit and doing a query for [ Tennesee Marble Company ].) 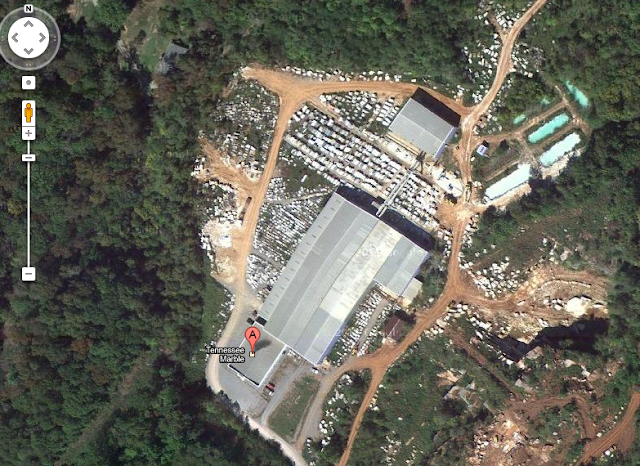 At this location a few miles away from the quarry, you can spot many more slabs that are of the right size to be sent off for final engraving and installation.  You can watch the video of the engraving and installation by the Rugo Company which did all of the work of actually putting words onto the stone.  In this video you can see that the individual slabs are really fairly small--the kind of slabs that would be precision-cut in a place like the one above.

So Tennessee pink is really just unripe marble.  It needs a bit more metamorphosis to mature from limestone into marble!

All the comments this time were great!  Many readers figured this one out.  Excellent.  We are getting smarter!