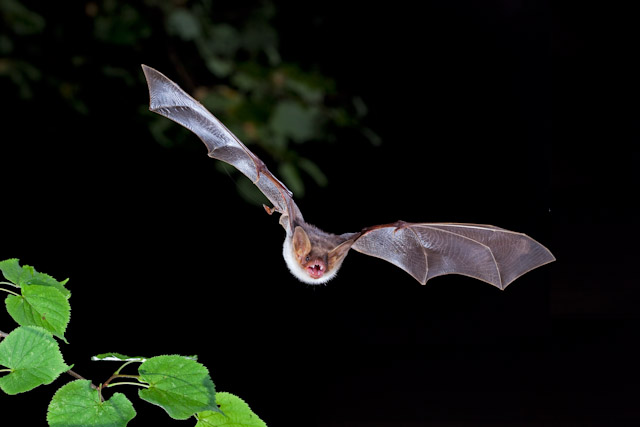 Once you know that other animals capture and eat bats, you can do a more direct search for them (e.g., [ spider eats bat ]) and get even more articles to expand your range of bat-dining predators, including one article from LiveScience telling us that bat-eating spiders are everywhere!
So bat predators include hawks, falcons, owls, alligators, weasels, mink, snakes, fish, spiders, and centipedes!  Who knew?

I can't leave well enough alone.
Over the weekend I was doing Just one more search, and found a remarkable paper, this one by Peter Mikula, Fish and amphibians as bat predators, European Journal of Ecology 1.1 (2015): 71-80.  Now this is a paper I highly recommend.  Here's a sample quote from the abstract:

...at least 14 species of fishes and 14 species of frogs were observed as feeding on bats. Moreover, 7 and 16 species of bats were recorded as victims of hunting activity of fishes and frogs, respectively.... In some cases, these predators can regularly feed on bats, especially when hunting near roosting places of bats; however, with respect to number of recorded cases (21 for fishes and 37 for amphibians), bat predation .. [has]..  limited influence on bat populations or their behaviour.

We'd learned last week that fish eat bats, but I had no idea that frogs could snag bats on the wing, but apparently that happens enough to be captured multiple times.  Check this out:  Australian green tree frog eating a Bent-winged bat; another Green tree frog eating a bat; and another Green tree frog consuming a bat.  Finally, a cane toad eating a bat somewhere in Peru's Cerros de Amotape national park.
I also learned more about bat-eating fishes. Not too surprising, most bat-eaters are freshwater fish, mostly because bats tend to favor insects that fly low over fresh or brackish water.  It is noteworthy to say that not all cases of bat predation were completely accidental; some  catfish were seen systematically waiting under maternal colonies of Buffy Flower bats (Erophylla sezekorni) for falling bats near the entrances of caves in the Bahamas.  Biologist have also seen some frogs hanging around  cave entrances in Australia, waiting for bats knocked to the ground by collision when emerging. However, even in these cases where fishes and frogs catch bats relatively often, they usually prey upon only a few bat, mainly bats knocked from the sky.
It's hard to catch a flying bat, although it does happen.  This is especially true if it's in your house at night, or even if you're a very patient frog or fish.
Search on!
Posted by Dan Russell at 11:07 AM