Answer: Who's the artist?

1. Where was this photograph taken?

To solve this, I used Search-by-Image to find a few images of the mural.  (Note that this worked even on a small subset of the entire mural!)

I then followed a link to a news article about the making of the mural which told me the mural would be unveiled at 7925 NE Second Ave, at the corner of Second Ave and 79th Street.  Using Streetview, I was able to find the location and confirm that yes, the entire mural is there. 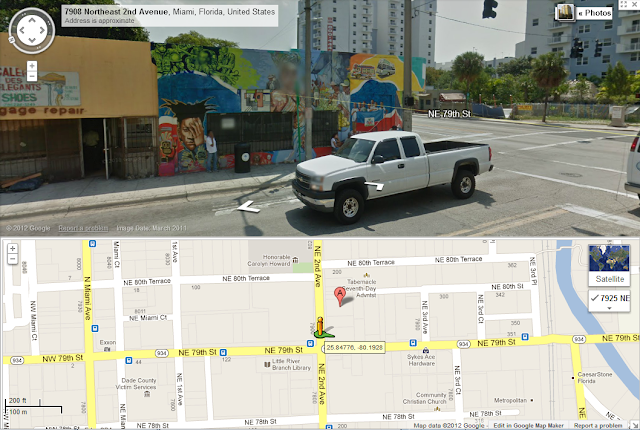 In that article we find another picture of the entire mural, including the fragment in the question.

Turns out the mural was a joint project of the Little Haiti Optimists Club and the MLK - Moving theLives of Kids - Community Mural Project.

But the lead mural designer seems to have been Kevin Morris. (Who had a lot of help putting it all together.)

There are a set of interviewswith the different artists, but even listening to them, you can’t could narrow it down much more than that.


3.  What two languages are spoken in the nearby high school?

Okay…this is a slightly misleading question.

The closest high school is Miami Edison High School. (This is easy to find by using the Maps query to search for [ high school ] with the map centered on the location of the mural. (You can see the mural location on the map.  It's the purple pin in the upper right corner.)

Since the high school is in a largely Haitian part of town, you can guess that English and Haitian Creole are probably spoken.  But how would you determine the languages that are *actually* spoken there?

If you check the school’s website, you’ll find their newsletter is available in English, Creole, and Spanish (http://edison.dadeschools.net/edisonnews09.html)

Addendum:  When I took the picture, I had a strong inclination that part of the mural I selected was a painting of the Haitian-American artist Basquiat. When I did a search for [ Basquiat ] in Image mode, I found this picture… which I then put side-by-side with my photo: 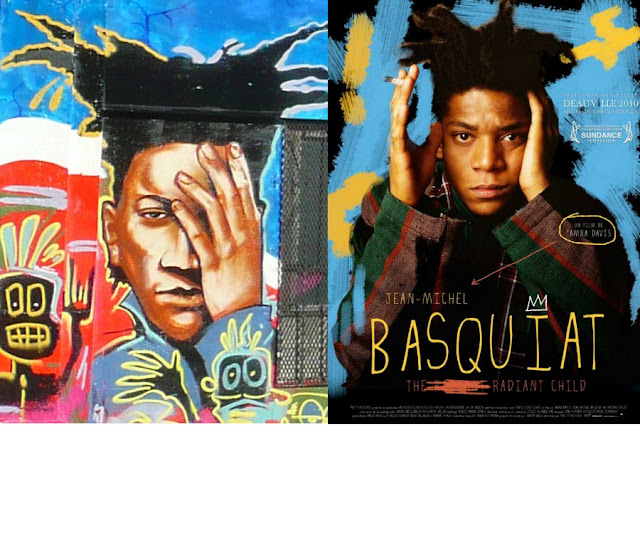 … which looks a LOT like the man in the mural.  Of course, this doesn’t prove Basquiat was in on the mural production, but it makes sense to include such a well-known Haitian cultural hero in the mural!


There are a couple of search lessons here:


A. Remember you can search for locations by NAME in Maps.  That's how we found the nearest high school.


B.  Don't suppose the question is asking the RIGHT question!  When I asked for two languages,  I was priming you to think there were only two.  The truth is... there are three languages.  Question the framing assumptions of the search task.  Same comment about "who's the artist?"  It wasn't done by one artist, but many.


C.  Remember that Search-by-Image can find parts of the whole.  This won't always work, but when it does (as in this example), it's pure magic.  Always give it a try.  Sometimes it will amaze you.